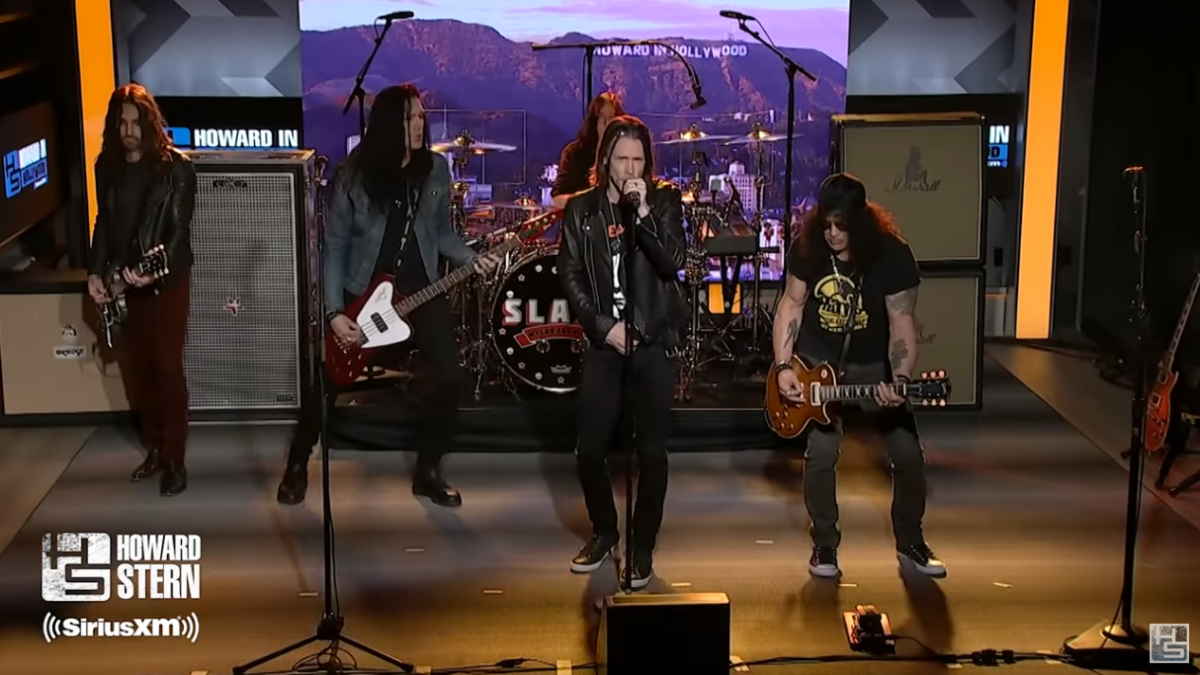 The appearance - which also included the single "The River Is Rising" - comes ahead of the February 11 release of the band's new album, "4." "They really rocked," said Stern. "I'm very honored because it was great. It is always fun to watch Slash play guitar."

After complimenting Kennedy for his "great set of pipes" and "great look," Howard expanded on his appreciation for Slash's axe skills. "That Slash, he is a good guitar player," he noted. "He doesn't always steal the moment - he lets things unfold ... He's one of those guys I watch, and I go, 'I wish I could play guitar.'"

The group recorded "4" with producer Dave Cobb (Chris Stapleton, Jason Isbell, Brandi Carlile) at the historic RCA Studio A to Nashville, TN, capturing the new material with a series of full band performances live in the studio. Watch video of both song performances here.