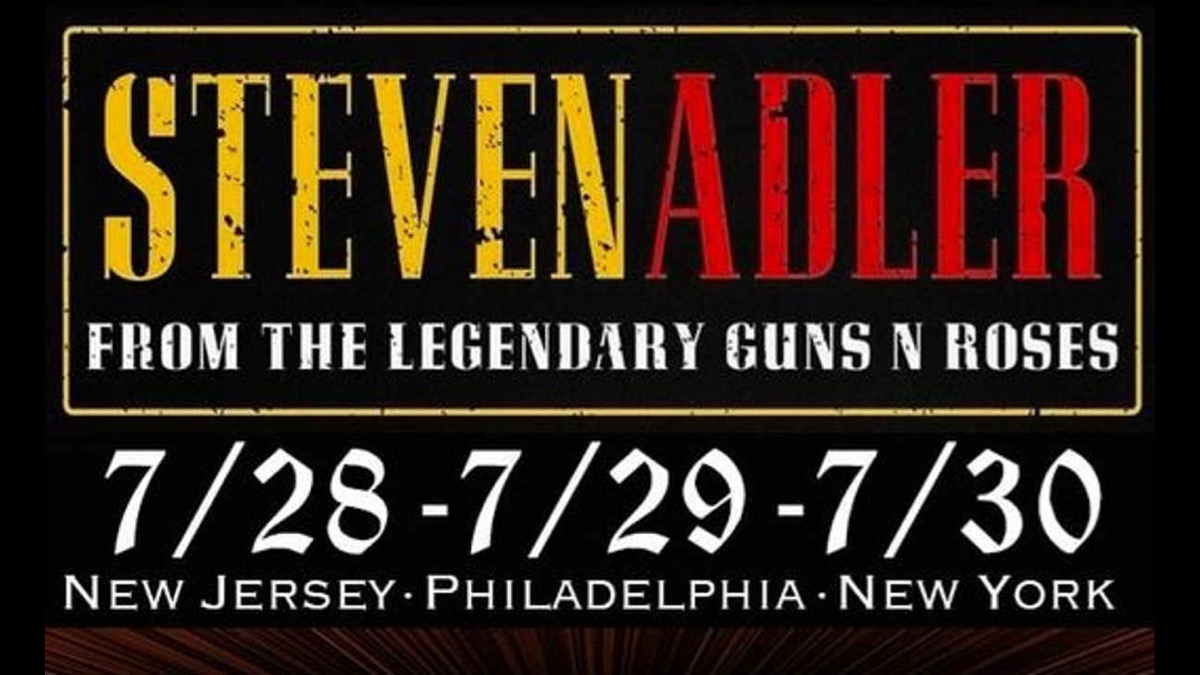 Guns N' Roses celebrate the 35th anniversary of their blockbuster debut album, "Appetite For Destruction" this month, so it is only fitting that original drummer Steven Adler has promised to deliver a classic GN'R experience at three special shows this week.

Adler shared, "I'm playing the drums every day. It's incredible. I'm in love with music. We are giving fans an experience like they haven't seen since Guns N' Roses played the Sunset Strip."

Steven his solo band will be launching their East Coast Invasion on July 28th at the Debonair Music Hall in Teaneck, NJ, followed by a headline set at the Masquerade: A True Rock n' Roll Experience on July 29th at the 2300 Arena in Philadelphia and he will wrapping things up on July 30th by joining Stone Temple Pilots and King's X for a show at the Paramount Hudson Valley Theatre in Peekskill, NY.

"It's a huge honor to be playing with Stone Temple Pilots and King's X at the Paramount Hudson Valley Theatre. Like the guys in my band, these are world class musicians dedicated to giving 150% and bringing a true, high-octane rock n' roll show to the fans," said Adler.

"Whenever we've played the East Coast, we've always had a blast," shared Steven. "The fans in New York, New Jersey, and Philly really appreciate the iconic music of GNR. They know we're there to give them an experience they will never forget."

Steven said of the Argentine frontman, "Axl Rose will always be the king, but Ari Kamin is one hell of a crown prince. They both have that almost unlimited vocal range and a natural ability to connect to the audience."