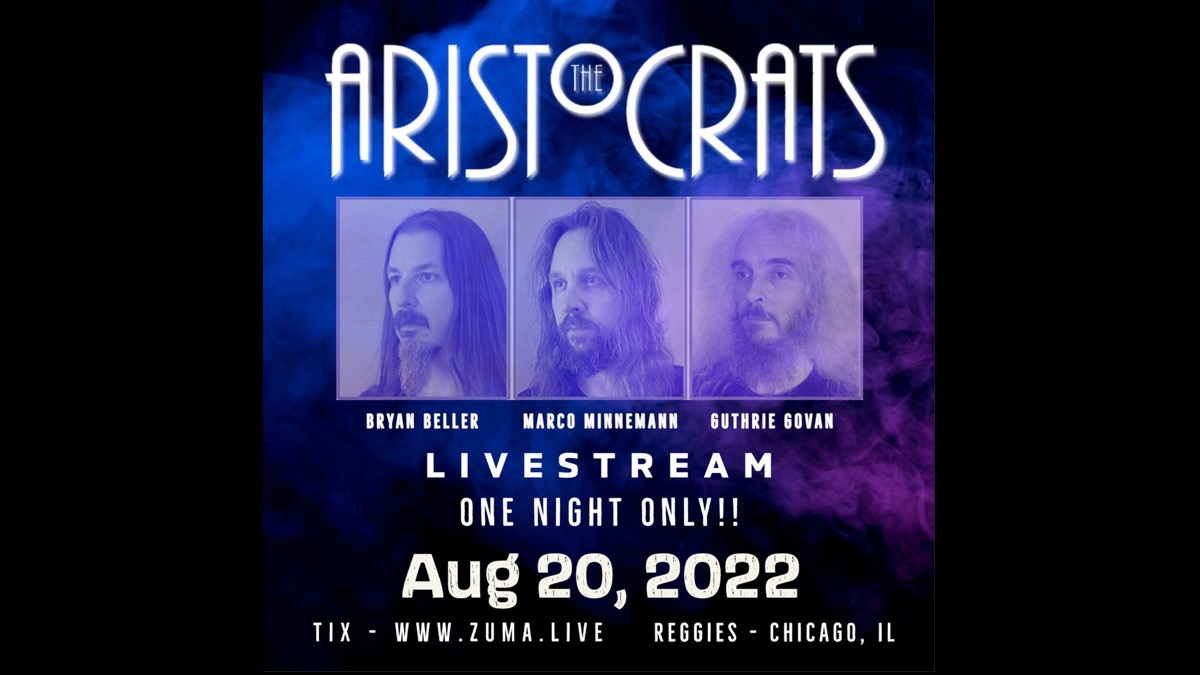 The Aristocrats have announced that they will be performing their first ever livestream concert at Reggie's in Chicago on August 20th, 9pm local time.

They had this to say, "This is a total first for us, we're excited about it, and there are a lot of good reasons why we felt as a band that this was the right time. First off, it's super high quality audio and video, at a venue we know and love - Reggie's - with Zuma Live who has done many successful high profile livestream shows.

"Second, we had to cancel our El Paso and Albuquerque shows on this tour due to COVID issues, and other folks couldn't come to other shows for the same reason, so hopefully everyone affected by this unprecedented situation can check this out and see the actual tour show.

"Why did we wait so long to do something like this? Our longstanding belief as a band is that concerts are meant to be enjoyed in the moment, and it's no secret that Guthrie Govan in particular is averse to ever-present phones and video shot from the crowd.

"At the same time, the COVID era has kept us off the road for a long time, and present-day touring is still challenging (evidenced by the two cancelled shows).

"This is a special circumstance, and so we wanted to make this high-quality livestream concert - with multi-track-mixed audio and 4-camera 6K video - a special event to connect with our fans wherever they may live. We're looking forward to it and hope you can join us!"

Fans can grab tickets to the livestream here.

The Aristocrats Reveal The Ballad Of Bonnie And Clyde Visualizer

The Aristocrats Music and Merch