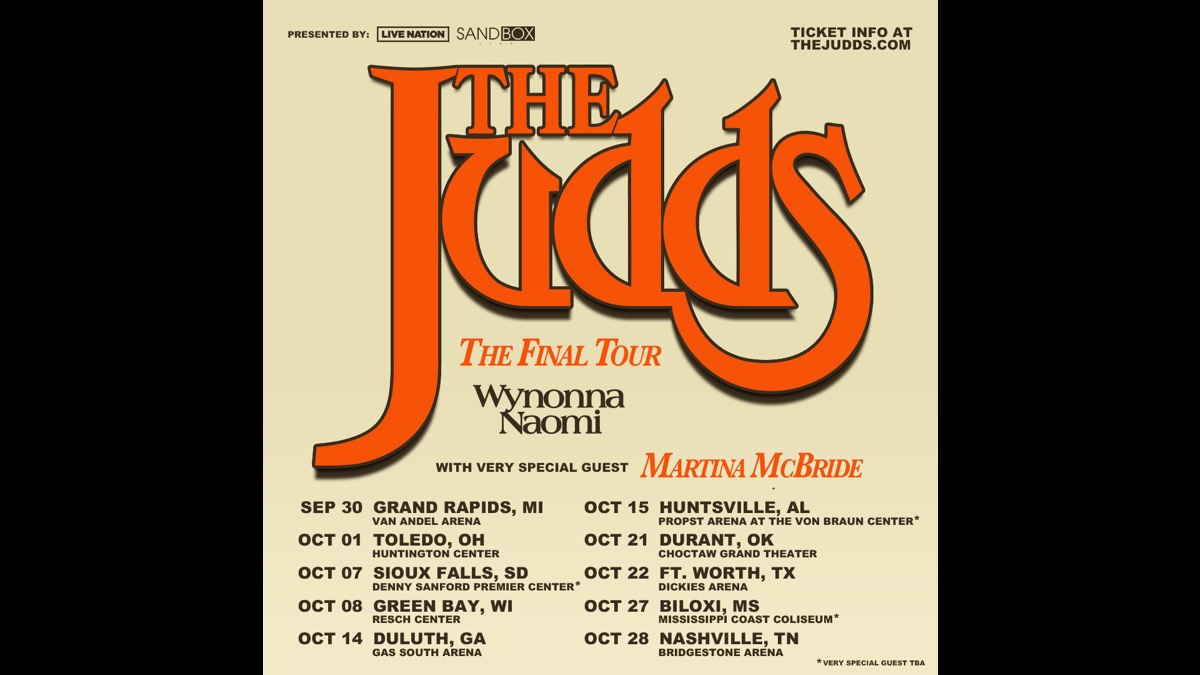 The Judds have announced that they will be launching their first tour in over a decade, The Final Tour, which will feature Martina McBride on select dates.

The 10-date arena trek will be kicking off on Friday, September 30th in Grand Rapids, MI at Van Andel Arena, making stops in Toledo, Green Bay, Fort Worth, and more before concluding in Nashville, TN at Bridgestone Arena on Friday, October 28th.

"The fans have always been my family of choice. I love them dearly, so I'm chompin' at the bit to belt out our hits and reconnect with them once again. The cherry on top is singing with my beloved, wild and extremely talented daughter... the best singer of any genre, Wynonna! She asked me if I was still going to twist, twirl and crack jokes. I answered, "Heck yeah! I'm too old to grow up now!" Naomi shared.

"What I'm looking forward to most is celebrating Judd music with the fans. Mom and I have had quite the journey over the last 38 years, and the fans have been with us through it all. This tour is a celebration for them!" said Wynonna.