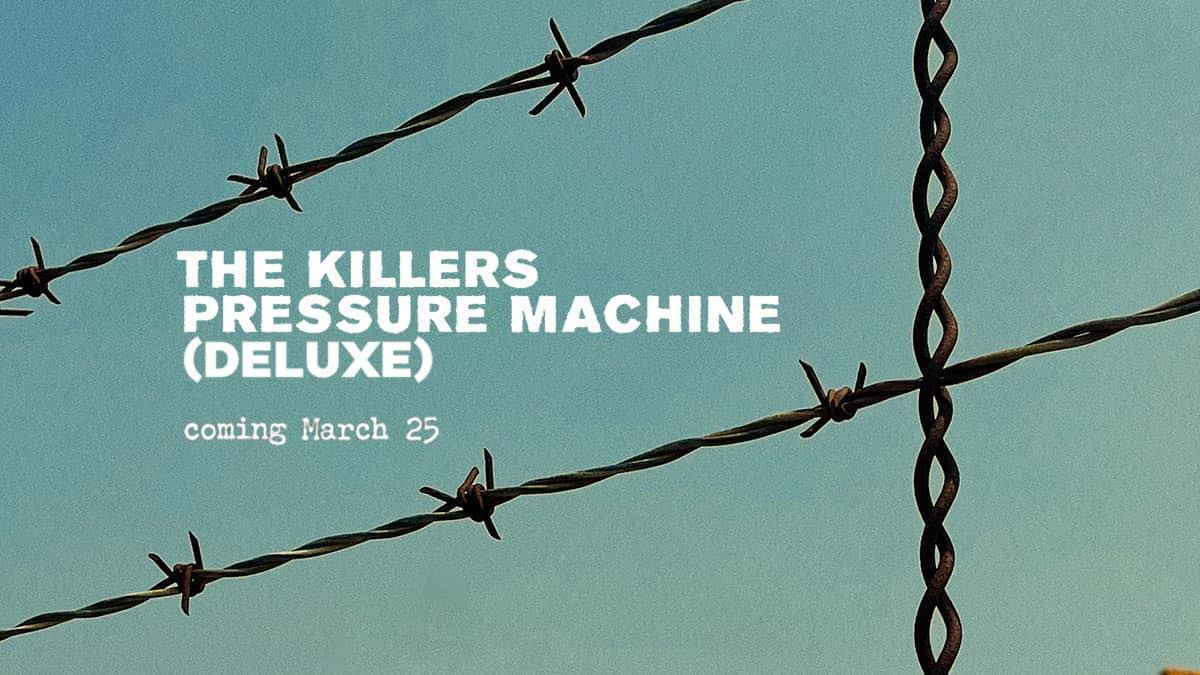 (The Oriel Company) The Killers will release an expanded, deluxe edition of their critically-lauded seventh studio album, Pressure Machine, on Island Records on March 25, 2022.

The deluxe edition of Pressure Machine will feature newly-realized, reimagined versions of select songs from the album, framing the stories they tell in different sonic colors.

Songs like album opener "The West Hills" get both a stripped back, acoustic version, as well as a ghostly, choral rendition. Pressure Machine's stirring duet "Runaway Horses" with Phoebe Bridgers is re-imagined with a full band. Album closer "The Getting By" is revamped in four different styles, each one highlighting what The Killers do best - perfect choruses, stadium-ready melodies, and the soaring instrumentation that has made them one of the most beloved bands of the last two decades.

The new tracks on Pressure Machine, like the original album, were co-produced by the band, Shawn Everett, and Jonathan Rado (of Foxygen), all of whom worked together on The Killers' critically-acclaimed album Imploding The Mirage, released in 2020.

In celebration of the deluxe edition's release, The Killers will also debut a live film entitled "Notes From A Quiet Town" via Facebook on March 21st. Featuring three stripped back performances from the band, the film, which is set in frontman Brandon Flowers' hometown of Nephi, Utah, also includes stories from Nephi locals, much like the album. Watch the trailer below:

Related Stories
Bruce Springsteen Does Surprise Jam With The Killers