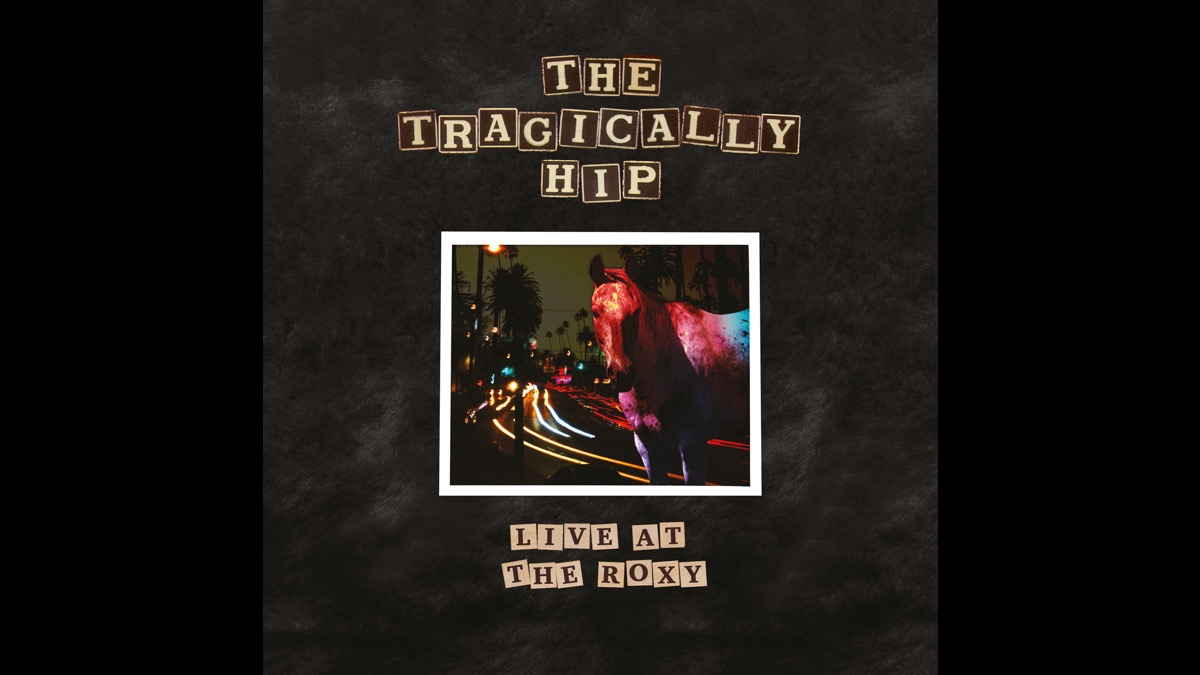 (hennemusic) The Tragically Hip are streaming "Live at the Roxy Los Angeles, May 3, 1991" in sync with the album's release on June 24. The legendary Canadian band's appearance at the iconic Los Angeles venue has been revered amongst fans for years as it featured - among other things - the fan favourite "Killer Whale Tank" version of "New Orleans Is Sinking." The nine-minute track is characterized by a mid-song story from the late frontman Gord Downie about a job cleaning an aquarium and inadvertently causing friction between the two whales held in the tank; fact or fiction, fans listen in wonderment.

Originally recorded for a Westwood One radio show, only 40 minutes of the set was broadcasted on air at the time, making the full recording that much more in demand. Prior to its inclusion on the "Road Apples" 30th Anniversary Deluxe package last year, the 15-song concert had not been publicly available and was a sought-after show for the bootleggers and diehard fans....and now it gets a standalone release.

"I remember the Roxy show like it was yesterday," recalls bassist Gord Sinclair. "We had spent a year on the road before recording 'Road Apples' and got right back in the saddle when we finished. The new tunes worked great live and by the time we got to LA we were firing on all pistons," adding "a great show is something you just have to experience to understand. The magic stays with you. Listening back 30 years later and I'm transported to that hot, sweaty, and very special night. The band was tight and unstoppable. Great crowd, great venue. Together we took things to another level."