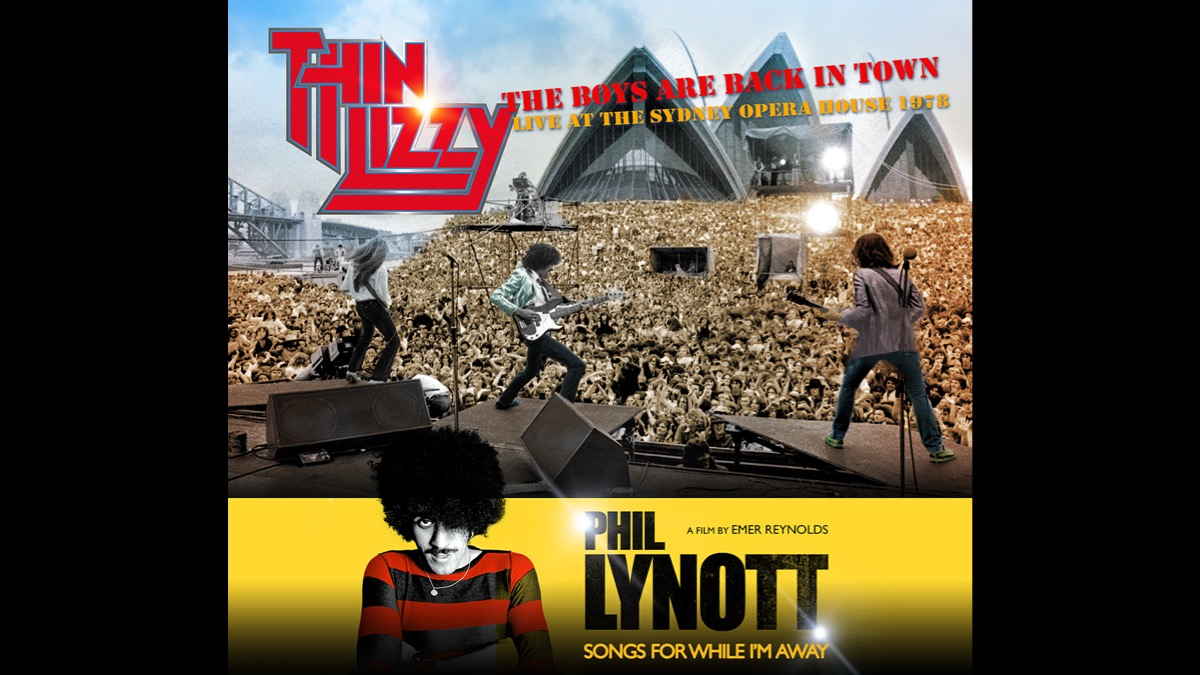 (hennemusic) Thin Lizzy are streaming video of a performance of their 1977 classic, "Bad Reputation", as the first preview to next month's release of the concert film, "The Boys Are Back In Town Live At The Sydney Opera House October 1978."

This project showcases the live lineup of Phil Lynott, guitarists Scott Gorham and Gary Moore, and drummer Mark Nauseef delivering versions of their celebrated anthems, such as "Jailbreak", "The Boys Are Back In Town", and "Me And The Boys".

Previously released on VHS, Laserdisc, and DVD, the 2022 version of the concert film presents the show in the highest quality that has been made available, with not only cleaned up video and remixed audio from multi tracks, but five additional songs from this set that have never been officially released.

Due June 24, the live footage is packed alongside the Phil Lynott documentary, "Songs For While I'm Away"; directed by Emer Reynolds, the feature chronicles the life and music of the legendary Irish rocker.

Learn more and watch the 1978 performance of "Bad Reputation" here.