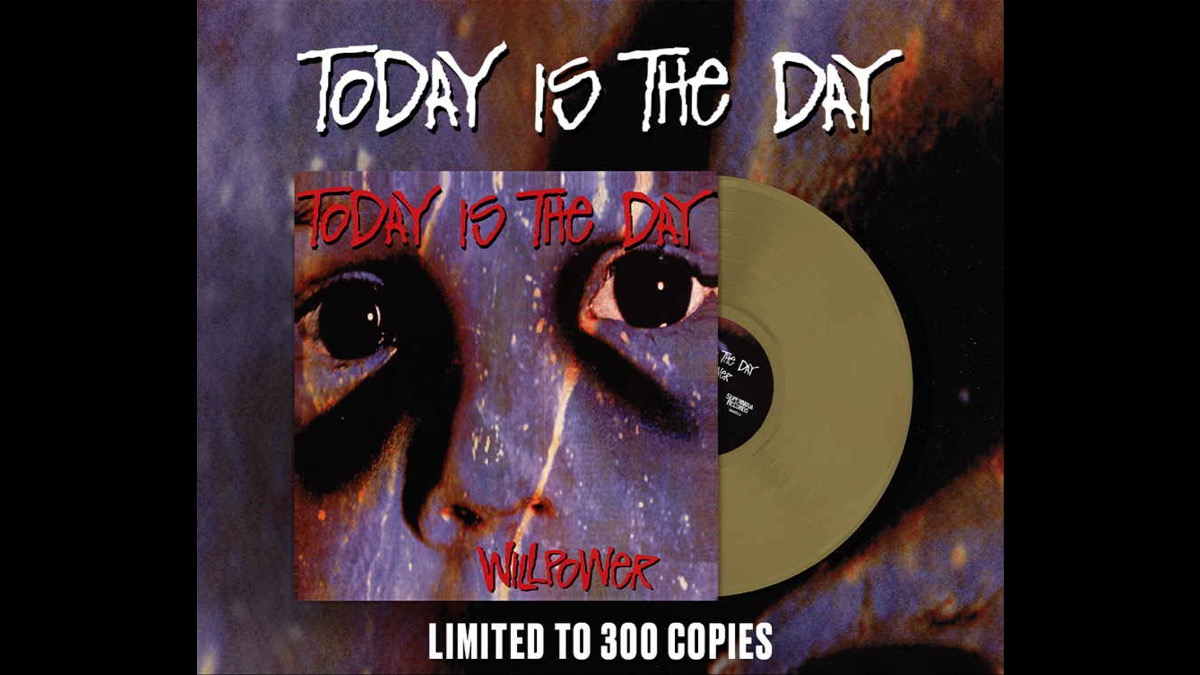 (Earsplit) Today Is The Day are continuing to celebrate their 30th anniversary and have shared a teaser video for a special limited edition vinyl reissue of their "Willpower" album that is set to be released on August 5th. We were sent the following details:

Today Is The Day's second album, Willpower was originally released in September of 1994 on the infamous Amphetamine Reptile roster. Having gnawed their way into the scene on their Supernova debut, Willpower showcased the same lineup as its predecessor yet delivered an even more expansive and monstrous demonstration of the band's demented and singular sound. Drummer Brad Elrod, bassist Mike Herrell, and vocalist/guitarist/producer Steve Austin delivered what would become an instant benchmark in underground metal which remains a fan favorite among the band's vast catalog nearly three decades later.

Following a CD reissue through Steve Austin's own SuperNova Records in 2007, and a subsequent vinyl repress through Relapse Records in 2010, Willpower has since remained out of print until now. For its 2022 resurrection, Austin went back to the original analog masters and gave it only slight adjustments to bring the most raw and original sound of the album, expertly crafted for a modern vinyl release. The record sees the original eight songs as well as the bonus track "Execution Style," found on an installment of the AmRep compilation series Dope-Guns-'N-F***ing In The Streets.

The 2022 Willpower reissue sees the remastered album pressed on Gold vinyl in a run of 300 copies, alongside a reboot of the classic shirt design from the album's original release featuring Satan and the decimated US flag.

Austin writes, "I truly love the experience of this new Willpower vinyl remaster. Willpower's always been my favorite album from the early AmRep years. Like love at first sight or seeing a shooting star, sometimes things are just magically together.

"In 1994, Today Is The Day had just completed the tours for Supernova album. We were on fire about music and the band. Touring on AmRep and playing with great bands had made us tighter and more precise, more musically destructive, but overloaded with pain. My dad died a few days before we started recording Willpower; it was shocking and tore my heart out. I needed to heal. I need to just let it go, and the album sounded so insane once recorded.

"This new master made from the original Willpower mixes that were unmastered. I worked to make this sonically accurate to the way it sounded in the studio, in 1994, with the vintage analog outboard gear running into state-of-the-art Audio to Digital converters. This is Willpower in all its glory. I can feel it. I can't wait for you to experience it."

Watch a brief teaser below:

News > Today Is The Day