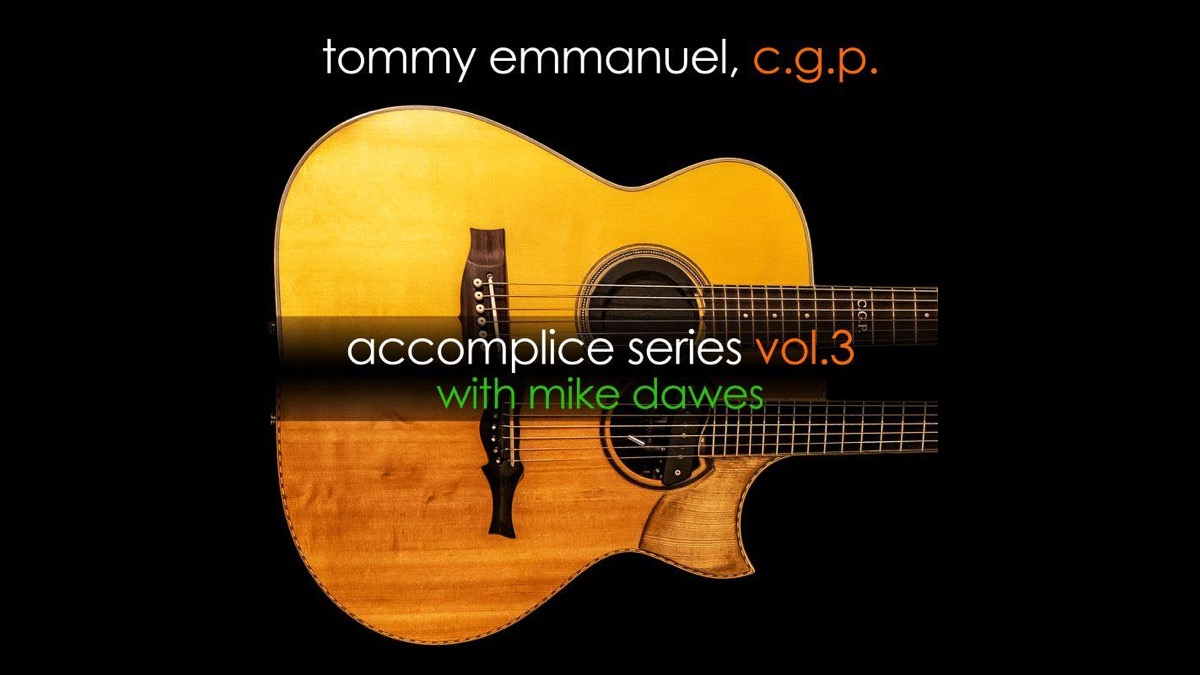 (SRO) "I always think like a singer when I play a Sting melody," says acoustic guitarist extraordinaire Tommy Emmanuel, who today (August 4) releases his video for "Fields of Gold," a stirring all-instrumental cover of the Sting gem he recorded with British acoustic guitar virtuoso Mike Dawes.

The song is featured on the upcoming five-song EP from Tommy with Dawes, Accomplice Series VOL. 3, due out September 23 on CGP SOUNDS. Watch the beautiful video here, filmed in Franklin, Kentucky amid the yellow sagebrush and directed and edited by Joshua Britt and Neilson Hubbard for Neighborhoods Apart.

"Fields of Gold" was premiered yesterday by Glide Magazine, which wrote: "Fearless fingerstyle guitarist Tommy Emmanuel certainly has an almost supernatural ability to create a cinematic substance with the most abbreviated musical setups. Yet the man and his acoustic, continue to set a bar that very few have approached...the duo's reimagination of Sting's "Fields of Gold" (below) a colorful take where a breezy soul elevates this nostalgic yet melancholy tune to imaginative double melodies."

TOMMY and Mike joined forces last year to record and release their interpretation of Goyte's 2011 hit "Somebody That I Used To Know" (described by Guitar Player as "spellbinding," 6/24/21) and followed it with their cover of Nirvana's "Smells Like Teen Spirit," of which Guitar World noted: "the acoustic virtuoso duo combine powers to rework the era-defining grunge anthem, with spectacular results" (6/23/22)

Both artists also light up the EP with their stirring all-instrumental reworkings of "Slow Dancing In a Burning Room" (John Mayer) and "Be My Mistake" (The 1975), alongside "Somebody That I Used To Know," "Smells Like Teen Spirit," and "Fields of Gold."

"Playing this masterpiece with Mike is always fun and emotional...a simple repetitive melody with a slowly building arrangement that becomes powerful," says TOMMY about "Fields of Gold." Mike explains that "'Fields' was Tommy's idea based on his own arrangement from the 'Can't Get Enough' record [Tommy's 1996 album]. I wanted to hold down something of a strict rhythm and backbeat for this one. The result is a mid-tempo homage to the classic Sting song. This was recorded in a single take by Marc DeSisto. I'm playing in DADGAD tuning whilst Tommy is in standard tuning. I particularly like the different tones on our guitars on this one. Tommy's bright flatpicked Maton soars over my fingerpicked Indian Rose Cuntz guitar. This was very important in a tune with doubled melodies."

TOMMY and his special guest Mike, who've toured together in the past including this past January's run, will do so again in the U.S. starting in December 2022. The dates follow below and most shows are on sale now.