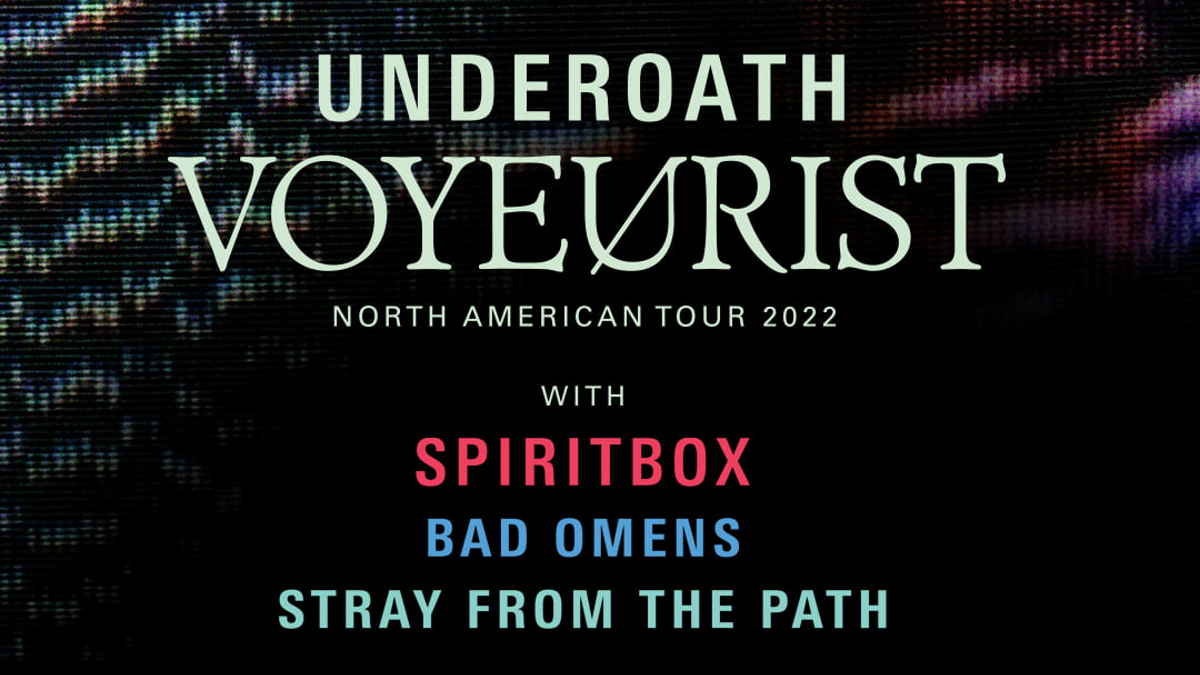 Underoath have announced that they have recruited Stray From The Path and Bad Omens to replace Every Time I Die on their upcoming North American tour.

The winter trek, which will also feature Spiritbox, was originally set to include Every Time I Die, but the band recently announced that they have split up.

Stray From The Path will be not taking part in the first three stops of the tour, but will join the trek beginning on February 23rd in Phoenix, AZ and will play the remaining dates.

Underoath had this to say about the change of lineup, "So so pumped to announce that Bad Omens and Stray From The Path are now on the Voyeurist tour alongside Spiritbox.

"Old friends, new friends, this tour is going to be pure insanity. One note, SFTP is on the tour starting Feb 23rd. Also, don't forget, any tickets bought for the tour by January 30 at 11:59pm will be eligible for a free ticket to the rebroadcast of Digital Ghost on February 3rd. This craziness starts in T-minus 25 days. Spread the word."