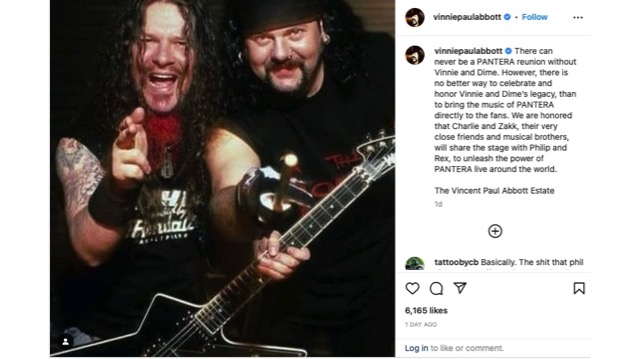 Late Pantera drummer Vinnie Paul Abbott's estate issued a statement on social media to share their reaction to the reunion/tribute performances from the surviving members of the band.

Original members, frontman Phil Anselmo and bassist Rex Brown, are kicking off the reunion performances today (December 2nd) at the at the Hell & Heaven Metal Fest in Mexico and have scheduled appearances across the world including a run of North American dates next year with Metallica.

"There can never be a Pantera reunion without Vinnie and Dime. However, there is no better way to celebrate and honor Vinnie and Dime's legacy, than to bring the music of Pantera directly to the fans.

"We are honored that Charlie and Zakk, their very close friends and musical brothers, will share the stage with Philip and Rex, to unleash the power of PAN"TERA live around the world."