When We Were Young Festival Adds Third Date 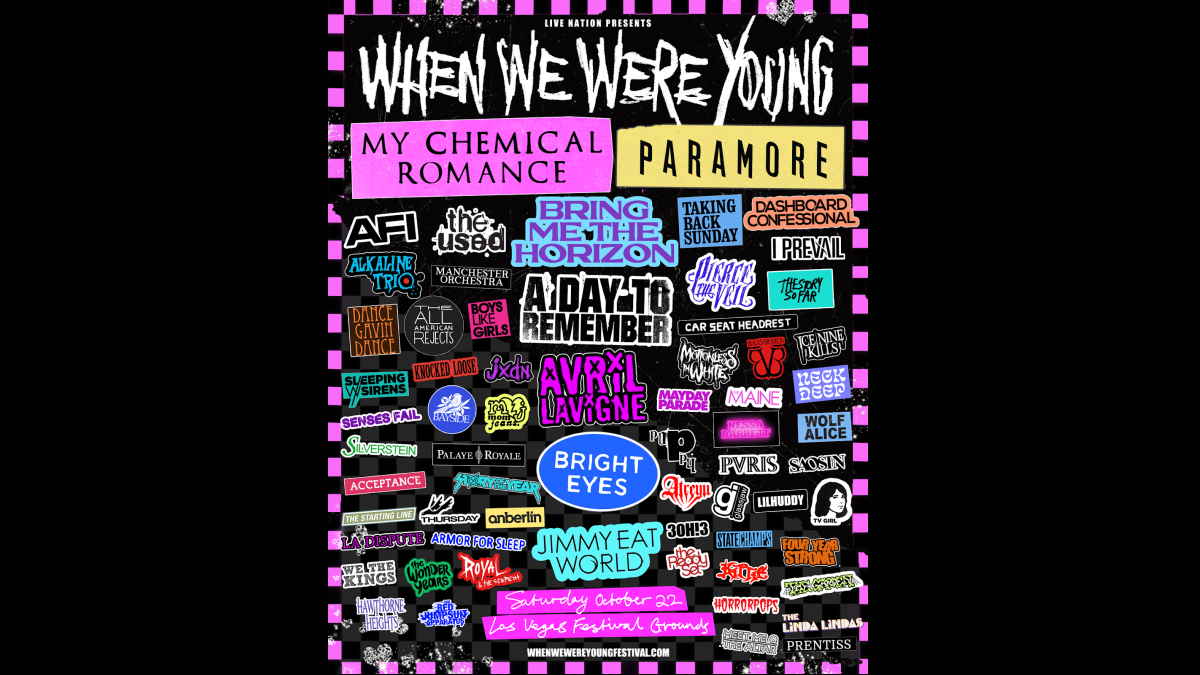 Organizers of the When We Were Young Festival has announced that they have added a third date for the event on Saturday, October 29th at the Las Vegas Festival Grounds.

This will be in addition to the previously announced dates of October 22nd and 23rd and will include almost the same line-up with the exception of Alex G replacing Wolf Alice, and La Dispute not taking part in the third date.

First Day Of When We Were Young Festival Canceled

My Chemical Romance Add Bands And 14 Dates To Reunion Tour

My Chemical Romance Music and Merch