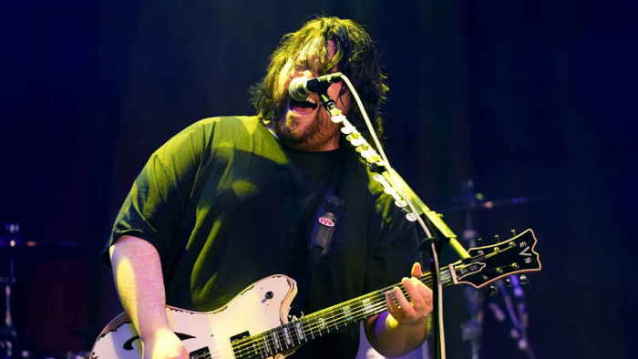 Wolfgang Should Play Eddie Van Halen Tribute Concert Says Satriani was a top 22 story from Oct. 2022: Eddie Van Halen's son Wolfgang should be the one to play his famous late father's guitar parts at the proposed Van Halen tribute concert says the guitarist who was originally approached for the show, Joe Satriani.

Wolfgang performed the tree Van Halen classics "On Fire", "Hot For Teacher" and "Panama" during his appearances at the two Taylor Hawkins tribute concerts.

Satriani reacted to Wolfgang's performance and shared his thoughts on Eddie's son playing at the proposed tribute concert during a new interview with UCR.

He said, "When I saw Wolfgang playing at the Taylor Hawkins benefit, I thought it was the most natural, beautiful thing I'd seen in a long time. It was such a wonderful thing to see him play his dad's music like that, and he's such an incredible musician. I thought, 'Well, if the thing is ever gonna happen, he should do it.' It just seemed more natural than reaching out to somebody like me.

"So, the world should just wait for him to make up his mind how he wants to do it, and we should leave him alone, let him figure out the best time and place for it. Whatever he comes up with will be the best way to do it, I think."

Joe, who played with former Van Halen frontman Sammy Hagar and founding bassist Michael Anthony in Chickenfoot and was approached by Alex Van Halen and David Lee Roth about taking part in the tribute event, spoke about his reluctance when he was asked about stepping in for Eddie at the show.

"I jokingly told [Alex and Dave] on that first phone call that if I had half a brain I'd hang up right away and not accept such a crazy offer, 'cause nobody can replace Eddie, and whoever tries to do it is gonna get a whole lot of negativity from the world of social media.

"But I heard myself saying 'yes' before my better judgment kicked in, because I am such a fan of Eddie and his work, and I thought, 'Wow, it would be such a great labor of love to dive into that and try to understand the essence what he was doing for each song.'"