by Kevin Wierzbicki
Dio fans rejoice! Two long out of print live releases from the beloved rocker battle it out here; Evil or Divine: Live in New York City and Holy Diver: Live. 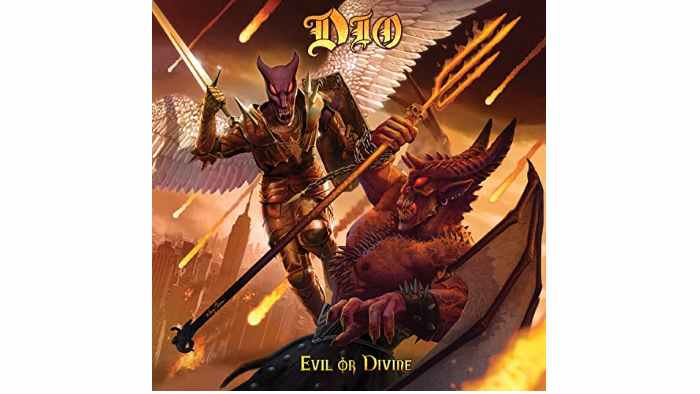 This Dio title was originally released in 2005 and now it has been remastered and reissued in CD and vinyl versions; the vinyl version is the most desirable for collectors. Featuring new cover artwork and a really cool bonus of a lenticular 3D album-sized piece of artwork (in the limited edition version) Evil or Divine is presented on 3-LPs pressed on 180 gram vinyl that are housed in a triple gatefold album jacket. The visuals are a great addition to the 17-song set performed by Ronnie James Dio on vocals, Doug Aldrich on guitar, Jimmy Bain on bass, Simon Wright on drums and Scott Warren on keyboards. The show begins with "Killing the Dragon" before flashing back more than 20-years for a take on The Last in Line cut "Egypt (The Chains are On)" here running about a minute and a half longer than the studio version. Wright gets his moment in the spotlight with a drum solo (not included on original release) that leads into "Stand Up and Shout;" a few songs later Aldrich takes an incredible and lengthy solo in the middle of Rainbow favorite "Man on the Silver Mountain," which also incorporates "Long Live Rock 'N' Roll" where Dio encourages an audience sing along. Biggies "Holy Diver," "Heaven and Hell," "The Last in Line," and "Rainbow in the Dark" lead up to closing cut "We Rock." Because the live show only fills out five of the six sides of this 3-LP release, the sixth side holds bonus studio cuts from various albums; "This is Your Life," "Fever Dreams," "Push" and "The Eyes." Also found in the live set and not on the original release is a never before released version of "Lord of the Last Day" originally from the Magica album. 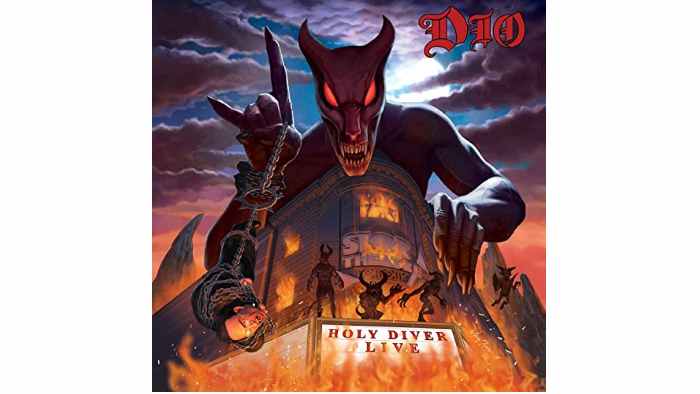 Originally released in 2008, Holy Diver: Live is also fully remastered and presented as a 3-LP set on 180 gram vinyl, with new cover art, the triple gatefold jacket, and a bonus piece of 3D lenticular artwork in the limited edition version. Band line-up is the same as Evil or Divine with the exception that Rudy Sarzo replaces Jimmy Bain on bass. The guys play Holy Diver in its entirety and in order, with Wright and Aldrich again getting solo time. After the Holy Diver performance the band plays a set that dips into Ronnie's work with various bands, including takes on Rainbow cuts "Tarot Woman" and "Gates of Babylon," Black Sabbath's "Sign of the Southern Cross" and Dio's own "One Night in the City." Among others on the set list are "Man on the Silver Mountain," "Long Live Rock 'N' Roll," "Catch the Rainbow" and show closer "We Rock."