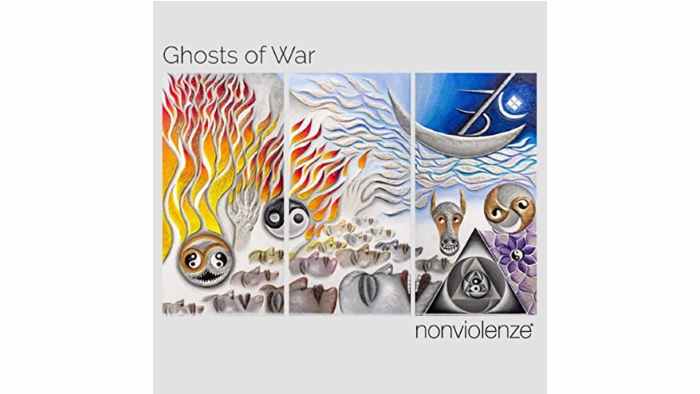 Shri Baratan is the singer/songwriter behind the Nonviolenze moniker. Nonviolenze is a wide-ranging artistic project. For instance, Baratan accompanies each of his studio recordings with a related painting. The goal: to give "his audiences an audio-visual listening experience." Knowing this about Baratan, then, it's no surprise how one of these Ghosts of War album tracks is titled "Van Gogh," inspired by the famous impressionist painter.

Ghosts of War is comprised of nine lengthy tracks. The shortest of its pieces is "Ghosts of War," which lasts just four minutes and seven seconds. The album's longest piece is the opening epic track, "Queen." Baratan sings these songs with a kind of opera voice. Sometimes, this music sounds like an opera company has crashed a Pink Floyd concert. The singing is relatively formal, whereas the guitar-centered music mostly sounds like progressive rock.

Appreciating this album requires a commitment. It's not something you can play in the background, and still fully comprehend. Give it some time and effort, though, it's worth the effort.