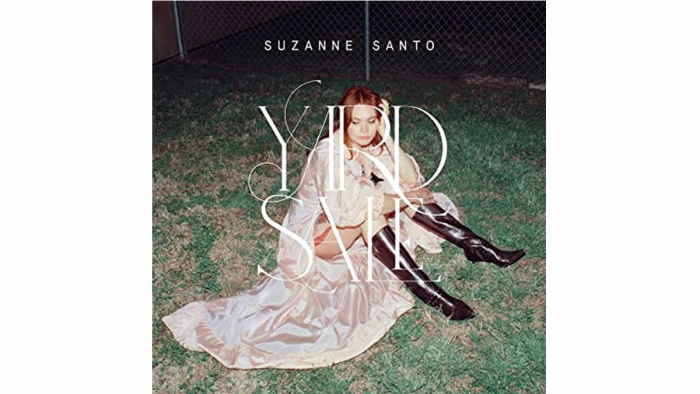 It's rare these days for an artist to be able to boast not having a weak link through an entire album lineup. However, Suzanne Santo is able to do just that with the release of her amazing new record Yard Sale.

This is the sophomore release from Santo and marks a particularly creative high-point in her career. After a decade or so with her previous band HoneyHoney and during a multi-year tour as a back-up musician with Hozier, she crafted the material from Yard Sale in writing sessions that spanned the globe.

The result is an album that quietly sizzles with the songs drifting out seemingly without effort. It's laid back but not in a retiring manner. There is a presence to Santo's voice that makes you hang onto every word and like all my favorite records, each song has its own personality, standing a distance from the next song. Americana, folk-rock...whatever you want to tag this music as, is less important than just hearing a record that makes its own path, not content to stick to a well-trod storyline. Because each song is a story you want to hear the end to.

Four of the strongest cuts (in my opinion) all help make a statement by being the first part of the record.

An enticing guitar line ushers you into "Mercy" and is supported by a banjo that I would never have thought about putting in there, but is the finishing touch on a terrific song. Great verses roll into a very tasty chorus and Santo paints a dark but compelling narrative. "Goldrush" is the "single" of the set and demonstrates the pulling power of Santo's voice. This is just a wonderful sunny track.

"Save For Love" is the song that first drew me to this record and sounds like something Amy Ray (Indigo Girls) would do. The stark verses are great but the pre-chorus is what makes it happen for me. Whenever I play this, I have to put it on repeat multiple times because it gets even better with each successive play.

"Bad Beast" stands out from the other tracks because it's a little crankier. I love the guitar that frames the track perfectly which gives a whole new flavor to the record. Without a whole lot of fanfare, this song will have your feet pounding harder with each verse.

All of the other tracks are worthy of a mention but more worthy of your purchase. Suffice to say, this is one record that you will be playing over and over for a long time. I know I will.

Buy or stream this release here.