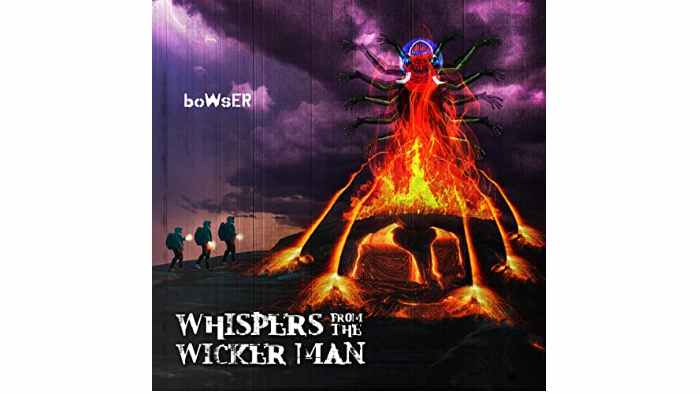 When you take hard rock, and mix in a touch of funk, you oftentimes come up with something truly special. Such is the case with boWsER, an act from Australia. The trio's Whispers From the Wicker Man album includes plenty of electric guitar rock, provided by vocalist/guitarist Brad Weynton. However, Otto Mitter (bass) and Nathan Williams (drums) often lock into a beat-heavy groove, which make so many of these eleven tracks pop sharply.

This act has been compared to acts like Queens of the Stone Age and Foo Fighters, and these two influences first shine through on "Supersonic," especially because of this recording's falsetto vocal parts. One titled "Killed a Roman" is particularly dance-y, putting acts like Red Hot Chili Peppers to shame. This is how it's done! The way this act combines expert instrumentation with melodic vocals, brings King's X to mind. That band is one where you don't need to be a diehard metal head to appreciate what they do. The same goes for boWsER, one rock band every self-respecting pop music fan can also love.