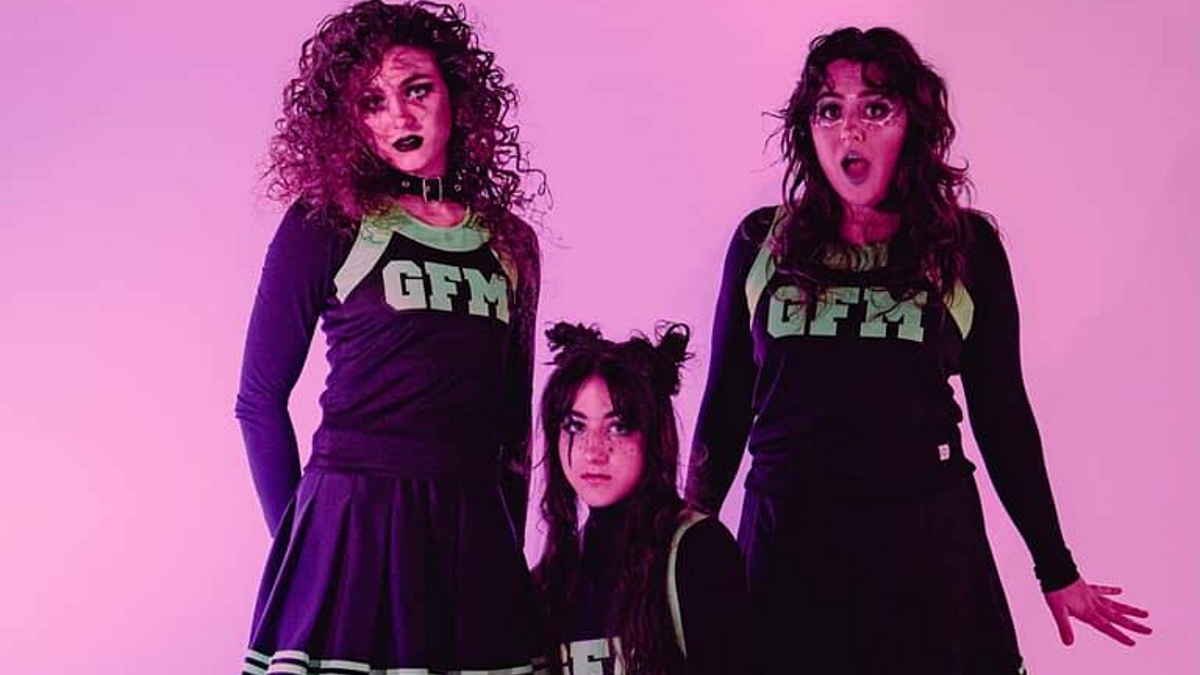 Girls Fabricating Metal? That's an apt descriptor of the all-female metal band that's known as GFM. But what do the initials GFM actually stand for? The answer is Gold, Frankincense and Myrrh, a reference to the gifts that the Three Wise Men brought to the baby Jesus and a nod to the girls' Christian beliefs. With that in mind, expect the band to always project positivity, very loudly!

The Jacksonville, Florida based GFM consists of sisters CJ (guitar). Maggie (bass and vocals) and Lulu (drums) and they have coined the term 'beauticore' to describe their music. Some of their many accomplishments include placing single "Taking Over" at the #1 spot on the CMW chart for four weeks, getting to #6 on Billboard's CHR chart with "Graveyard of Identities," playing the Axes & Anchors Cruise, rocking the Loud & Proud Fest in Germany (twice) and appearing live with groups like Breaking Benjamin, Motionless in White and Halestorm. They have sung about identity and mental health. Not too shabby for artists who are still enjoying their teen years!

This year will see GFM racking up more accolades than ever before. They're on tour through mid-May, playing some solo shows but mostly opening for Fozzy. The jaunt will see the ladies performing in places where they've never been before. In a statement given through the band's publicist, Maggie says, "This tour with Fozzy is going to be a game-changer for GFM. We're finally getting to play in cities that fans have been asking about for years, and were able to do it alongside a powerhouse like Chris Jericho and Fozzy. We're excited to learn and grow and meets tons of new people."

Fans attending any of the upcoming GFM shows can also expect to hear new music. The band is set to release an EP called Framing My Perception on May 27. The effort's title track is out and you can hear it now; listen to "Framing My Perception" below and get to know GFM even better, follow them here.