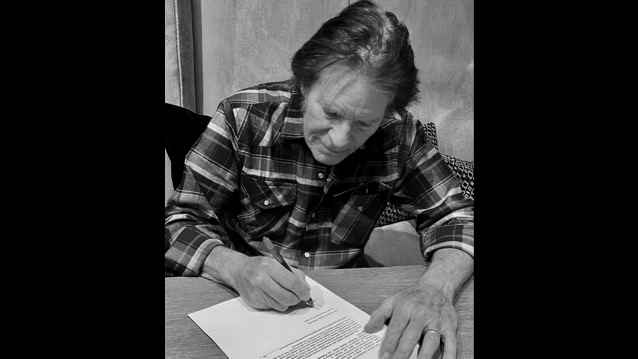 (Jensen) Flying against the current trend of musical artists selling their publishing rights, legendary singer-songwriter and founder of Creedence Clearwater Revival (CCR), John Fogerty, has made the bold and unique move to acquire a majority interest of the worldwide publishing rights to his historic song catalog from Concord.

For Fogerty, the composer of iconic songs that have inspired generations - "Proud Mary," "Down on the Corner," "Fortunate Son," "Bad Moon Rising," "Have You Ever Seen the Rain," among many others - the chance to own his compositions has been both a decades-long dream and a personal mission. For years, the copyrights to Fogerty's classic songs were the property of Saul Zaentz, the owner of Fantasy Records, who sold the label and its publishing portfolio to the former Concord Music Group in 1995. Fogerty, who extricated himself from Fantasy in 1974, re-signed with the label upon its purchase by Concord. Even so, he was not able to gain ownership of his songs - until now.

"As of this January, I own my own songs again. This is something I thought would never be a possibility. After 50 years, I am finally reunited with my songs. I also have a say in where and how my songs are used. Up until this year, that is something I have never been able to do. I am looking forward to touring and celebrating this year! I want thank Concord for helping to make all of this happen. And, I am excited for new ideas and a renewed interest in my music ... like a revival," said John Fogerty.

"I was always hoping for a miracle that John would own his songs, and I'm so blissful knowing that this has finally come true for him," says Julie Fogerty, the singer-songwriter's wife and manager. "The songs he wrote for CCR were going to start reverting in approximately three years, continuing for each year forward. I thought to myself that if there was anything I could do to make that happen now, it would be that miracle that we have been waiting for more than 50 years. I began to produce a plan to purchase his publishing right now. In doing so, I enlisted the help of Irving Azoff, Jason Karlov, Susan Genco and we were able to secure the US Rights in addition to Worldwide Rights, which would not have been part of the copyright reversions. I am so joyful, grateful, and excited for John."

"John Fogerty is one of music's greatest treasures. Now, finally, after decades of suffering, I'm thrilled to see John regain ownership of his music," says Irving Azoff. "And kudos to Concord for understanding that doing the right thing for artists is great for their business as well."

"John's songs are some of the greatest compositions of the 20th century," commented Concord President Bob Valentine. "We've been honored to own and represent these works ever since we acquired Fantasy in 2004. Given the unique set of circumstances around the history of John's relationship with Fantasy, we were more than happy to oblige John and Julie in working out an agreement for John to acquire these songs And we're profoundly grateful that John has agreed to partner with Concord to re-invigorate his catalog for the remaining worldwide copyrights on the share of these songs that we will retain inclusive of the iconic CCR recordings. We look forward to what the future holds for John and will be thrilled to be a part of it."

Concord and Fogerty recently partnered on the official release of Creedence Clearwater Revival At The Royal Albert Hall on Concord's Craft Recordings. More than 50 years after the legendary 1970 show, the original multitrack tapes have been meticulously restored and mixed by GRAMMY®-winning producer Giles Martin and engineer Sam Okell. The accompanying documentary takes viewers from the CCR's earliest years together in El Cerrito, CA through their meteoric rise to fame and is the only concert footage of the original CCR lineup to be released in its entirety.

With an eye toward 2023, Fogerty notes that he is writing new material and is looking at recording soon. "There's definitely more to come," he says, adding with a laugh, "I happen to like the songs a lot."