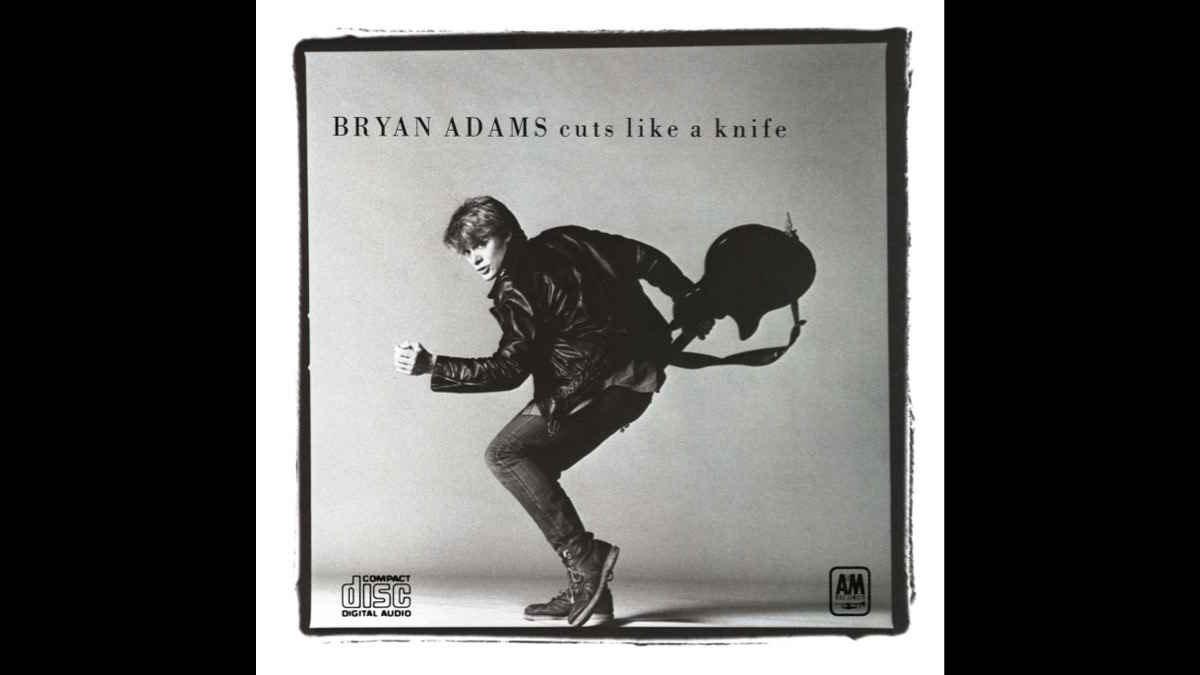 The 40th anniversary of Bryan Adam's "Cuts Like A Knife" album is being celebrated by the syndicated radio show In The Studio With Redbeard: The Stories Behind History's Greatest Rock Bands.

Redbeard had this to say, "Since we chose to play Bryan Adams' second album, You Want It, You Got It at ROCK 103 Memphis in 1981, containing the impressive 'Lonely Nights', 'Tonight', and 'Fits Ya Good'; and because we got the opportunity to spend a memorable weekend together there, I may have been the least surprised person outside of Bryan's Vancouver base when his next one, Cuts Like a Knife , arrived in January 1983 with even more instantly identifiable hits. Cuts Like a Knife contained 'This Time', 'Take Me Back', 'I'm Ready', the under-appreciated album track 'Don't Leave Me Lonely' which sounds like it belongs on Reckless; the title song 'Cuts Like a Knife', and his first Top Ten hit, 'Straight From the Heart' which he wrote at the ripe old age of eighteen.

"After a whirlwind Seattle Saturday in September 1988 with a noon interview session with Heart's Ann Wilson, followed by hamburgers on Mercer Island with Steve Miller for dinner, now I was witness to a spectacular Pacific sunset as I barreled up the scenic coast into British Columbia Canada for a rendezvous in Vancouver with Bryan Adams for one last interview. The last time I had seen Bryan was in his dressing room trailer backstage at Live Aid in Philadelphia in July 1985 immediately after he had performed to 100,000 at RFK Stadium and over one billion estimated watching live on television. He gave me his 'Performer/Stage' laminated pass because my press credentials were expired ( wouldn't I love to know where that little bit of history is now?) I had grossly misjudged the driving time from Seattle to Vancouver, the delay to cross the US-Canadian border, and the Saturday night traffic in downtown Vancouver, so arrived at my hotel to meet Bryan really late, and this was long before cell phones to warn of my tardiness. I didn't so much park the rental car in the hotel lot as abandon it, rushing to the front desk to inquire if a 'Mr. Adams' had arrived, only to be told that he had been there, waited forty-five minutes, and finally left.

"I was shattered. Professionally embarrassed, yes, but I actually knew Bryan Adams, had spent time with him in Memphis in a casual non-performing setting when he was just starting out, seen him perform in clubs, watched him grow. I liked the guy, and he had done me a huge solid at Live Aid which allowed my reporting from on stage the rest of the night. I did not want to let Bryan down. So as I shuffled back out to re-park the rental car, my gaze was at my feet and I barely noticed one single occupant of a vehicle silhouetted against the headlights. Softly I thought I heard a voice say, 'Redbeard.'

"I stopped dead in my tracks and looked intently at the rear of the Jeep with the driver inside. 'Adams here.' My heart leaped for joy. What a guy! He told me to follow him to a residential neighborhood. Bryan's girlfriend had just arrived from London, but with the long flight and time change, she went straight to bed, so we had to conduct our interview in a stage whisper in Bryan's kitchen ( If you listen closely you can even hear the refrigerator cycle from time to time).We took a break to go down into his basement recording studio with the big glass window overlooking the bay waters, and ended the night at about 4 a.m. literally in the middle of the street where Bryan Adams' telescope picked up the moons of Jupiter in a stunningly clear Northwest sky.

"Bryan Adams has been an international star for a full forty years now, long enough that you may have forgotten his scrappy rise to the top from obscurity. Bryan tells us about knocking on doors at sixteen and never taking 'no' for an answer in this classic rock interview at his kitchen table.- Redbeard" Stream the episode here.