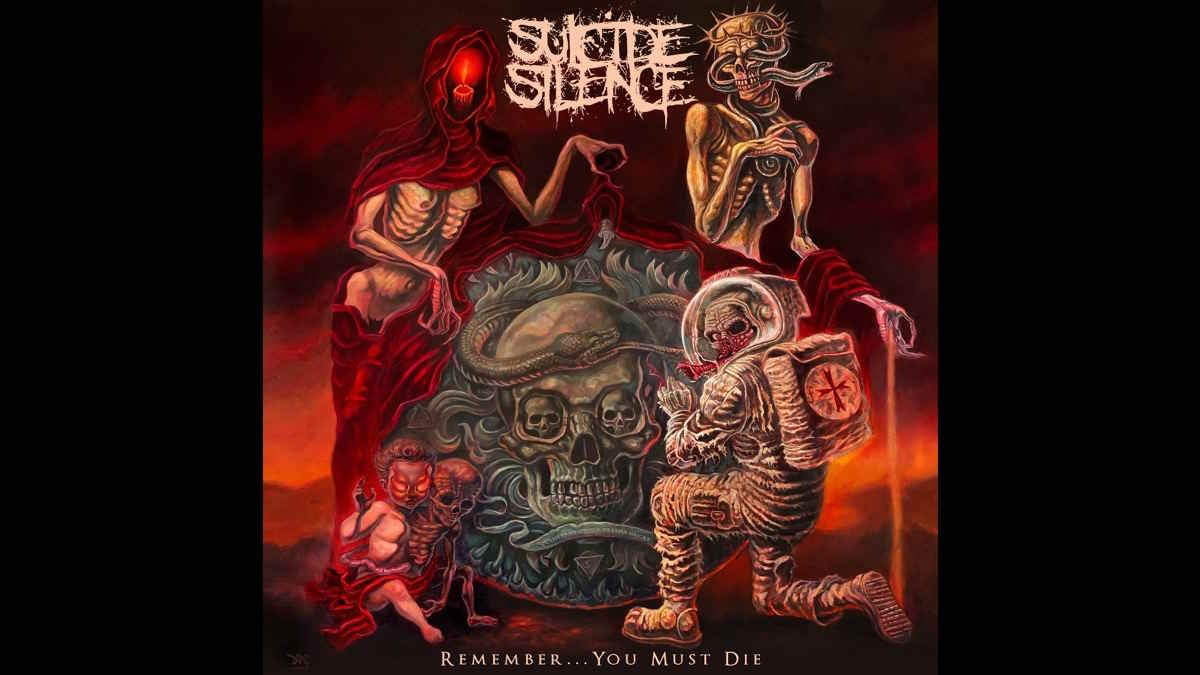 (Atom Splitter) Suicide Silence have released a music video for their new song "Alter of Self." The track comes off their seventh album, "Remember... You Must Die", which will be hitting stores on March 10tg.

"'Alter of Self,' musically, is a step in a much more melodic direction than the tracks we've released as of late," says guitarist Mark Heylmun. "It's speaking a much different language, but still has all the bone-shattering groove and breakdowns you'd expect from us.

"Lyrically, the song isn't difficult to interpret. It's about doing such a large dose of mind-altering substance or substances that you begin to worship yourself as god. Tune in and drop out on this one."

The album was produced and mixed by Taylor Young (NAILS, Xibalba, Vitriol). For the artwork, the band enlisted renowned Necrosurrealist artist David Van Gough to visualize the concept.