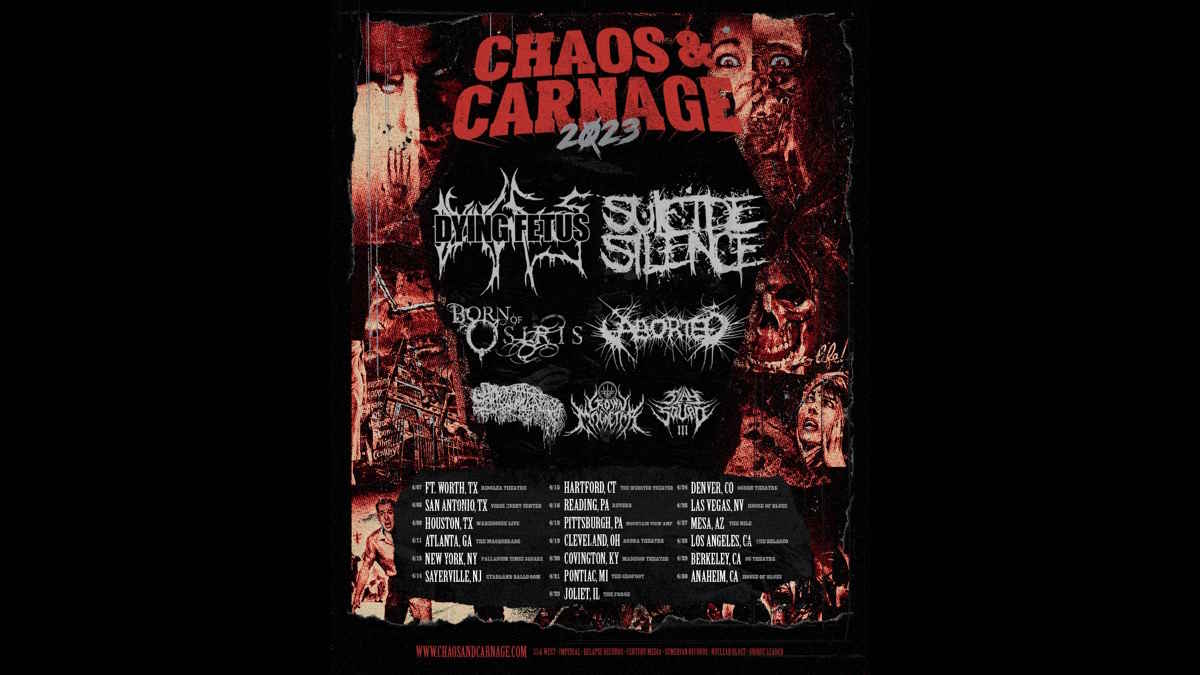 (Cosa Nostra) The Chaos & Carnage Tour has announced their dates and lineup for their triumphant fourth run in 2023. Co-headlined by Dying Fetus and Suicide Silence who will rotate closing the show each night, the tour also has special guests Born of Osiris, Aborted, Sanguisugabogg, Crown Magnetar, and Slay Squad.

Produced by industry veterans Jason Malhoyt of Imperial Artist Management and JJ Cassiere of renowned booking agency 33 and West, the Chaos & Carnage Tour is now in its fourth year and has quickly garnered a reputation for showcasing the very best big-name, acclaimed acts from the world of extreme metal, whilst also supporting incredible new guard artists by providing them with a platform to play in front of larger crowds. Previous years have featured the likes of Carnifex, Lorna Shore, Whitechapel, Revocation, AngelMaker, and more, with most shows selling out ahead of time.

Speaking on the announcement, Jonathan Gallagher of Dying Fetus shared: "Looking forward to playing our most brutal set yet on the Chaos & Carnage Tour 2023 this Spring! We hope to see you all out there in the pit as we co-headline the tour with our friends in Suicide Silence, along with all the other sick bands. See you soon!"

Eddie Hermida of Suicide Silence commented: "We are stoked to be returning to this year's Chaos and Carnage Tour. We had so much fun last year we decided to come back again with our brothers in Dying Fetus! This year's line up is pure devastation, so come party with us!"