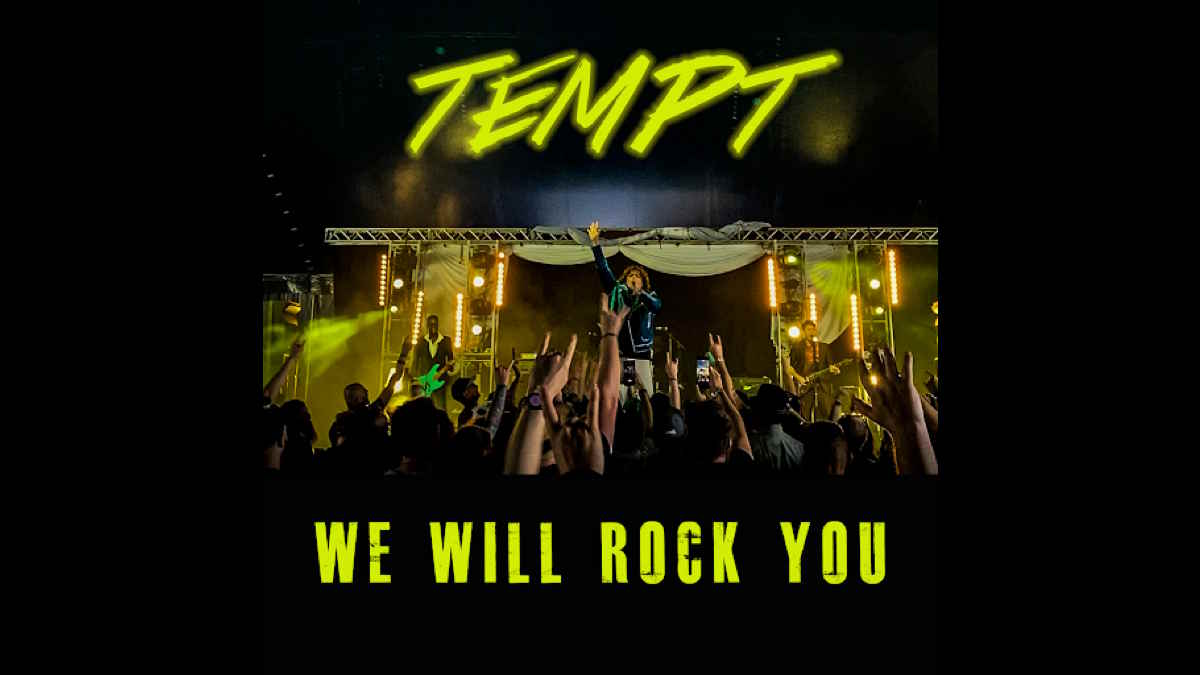 (Chipster) Tempt have released a new video for their cover of Queen's, We Will Rock You that captures performances on their European tour at iconic festivals such as Hellfest, Download, Rock Im Park/Am Ring, Graspop and support dates for Iron Maiden, Shinedown, Tremonti and Theory. The band reworked the largely unknown "fast version" of the song as the encore for their set on the tour.

The video and single release were inspired by the incredible response the band received from European music fans. "The entire tour, fans were just going all out and giving us so much support," said Tempt's lead singer, Zach Allen. At our first festival show at Rock Im Park the fans were going off and when we got to the chorus of We Will Rock You, we could hear them singing it back to us. At that point we decided we would end every show with it." The video captures not only the breakthrough performances of the band but also celebrates the festivals and most importantly the fans reaction to the band through the use of crew and fan filmed footage, photographs and social media posts.

"I had heard the so called fast version many years ago growing up on a bootleg and Queen apparently used to open and close shows with it but it is relatively unknown even to hard core music fans so it was always fun when we would start the song and watch as Zach began to sing the lyrics and then we would slowly see the recognition sweep through the crowd until they were all singing We Will, We Will Rock You!", said Tempt lead guitarist Harrison Marcello. "One thing I'll never forget is being onstage at Download and looking across at our bassist, Chris then down at my guitar and then looking up and Zach was gone. He was off the stage amongst thousands of fans crowd surfing."

The band will be launching a number of social media initiatives in support of the video and single including appearances by special guest guitarists and fan participation. Watch the video below: