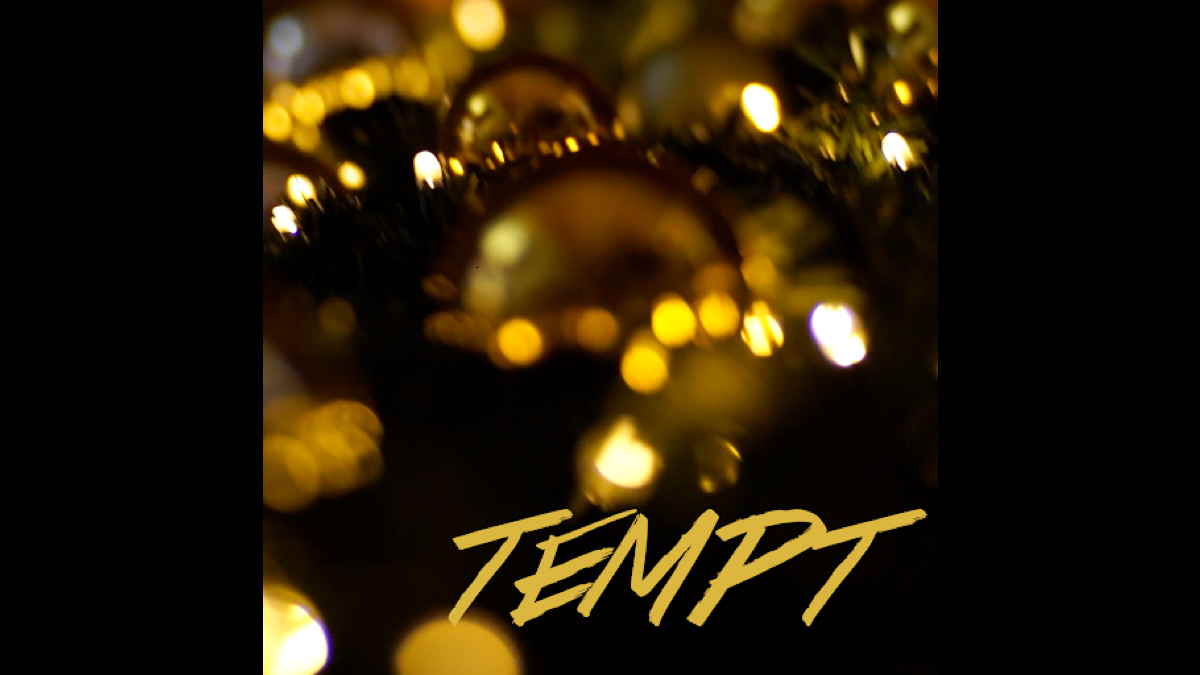 Tempt just released their cover of the Billy Squier holiday classic "Christmas Is The Time To Say I Love You", and to celebrate we asked lead guitarist Harrison Marcello to tell us about their version. Here is the story:

I've been lucky as Christmas has always been a happy time for me. It was filled with friends, family, good food and most importantly music. Music adds a dimension of feeling that amplifies your experiences, especially during the holidays. I can remember as a child attending midnight mass when the choir processed in singing "Oh Come All Ye Faithful" and being overwhelmed with an amazing feeling that went beyond goosebumps. So music has always been something that I associate with and is an important part of the holidays.

My godfather is the musician, Billy Squier and during many of our family gatherings, we would sit around the Christmas tree with an acoustic guitar and the piano and sing songs. One of the songs we always sang was "Christmas Is The Time To Say I Love You" which Billy wrote for an MTV promo long before I was born. So this song has been an important part of my childhood memories of those good times.

Fast forward a few decades and we had been sitting in COVID limbo unable to tour or release any new music and the idea of doing a track for Christmas to celebrate a return to normalcy not only for ourselves but also for our city, New York seemed like a perfect creative outlet. I immediately thought about Billy's song. The joyous spirit of that song was of course personal to me but I felt that it also could convey that spirit to anyone who heard it. There is a reason that Mariah's song is so popular. It captures the Christmas spirit. You can't help but smile when you hear it and it's hard to not to be moved by it. I wanted to take Billy's track and give it a Tempt spin to create a rock anthem for Christmas. Mariah captured the vibe and I wanted to also but with a rock song.

After initially being excited, the reality then set in that I was going to be working on something that was so special to me and I felt quite a bit of pressure to do the song justice. I also more importantly wanted to make sure that infused it with that mystical and hard-to-capture Christmas feeling. I decided to play the song at a faster tempo and give it a bit of a tighter sound than the live version that Billy recorded. I changed the guitar parts and added background vocals to the chorus to encourage people to sing along. In general, just tried to give it more holiday energy. Zach Allen, our lead singer, gave a great vocal performance where you can just hear the joy in his voice. It really comes through. Unfortunately, our Drummer, Nicholas Burrows was locked down in Canada when we recorded the track but we were honored to have Shawn Pelton from the Saturday Night Live band play it with us and he just gave it a swinging feel that works great. When the mix was done I really felt we had accomplished our goal of creating a rock song that will amplify the feeling of Christmas for everyone who listens.

This song means a lot to me. It's always been part of our family tradition and signals the start of a really special time of year and I hope that this version connects with people the way it has with us.