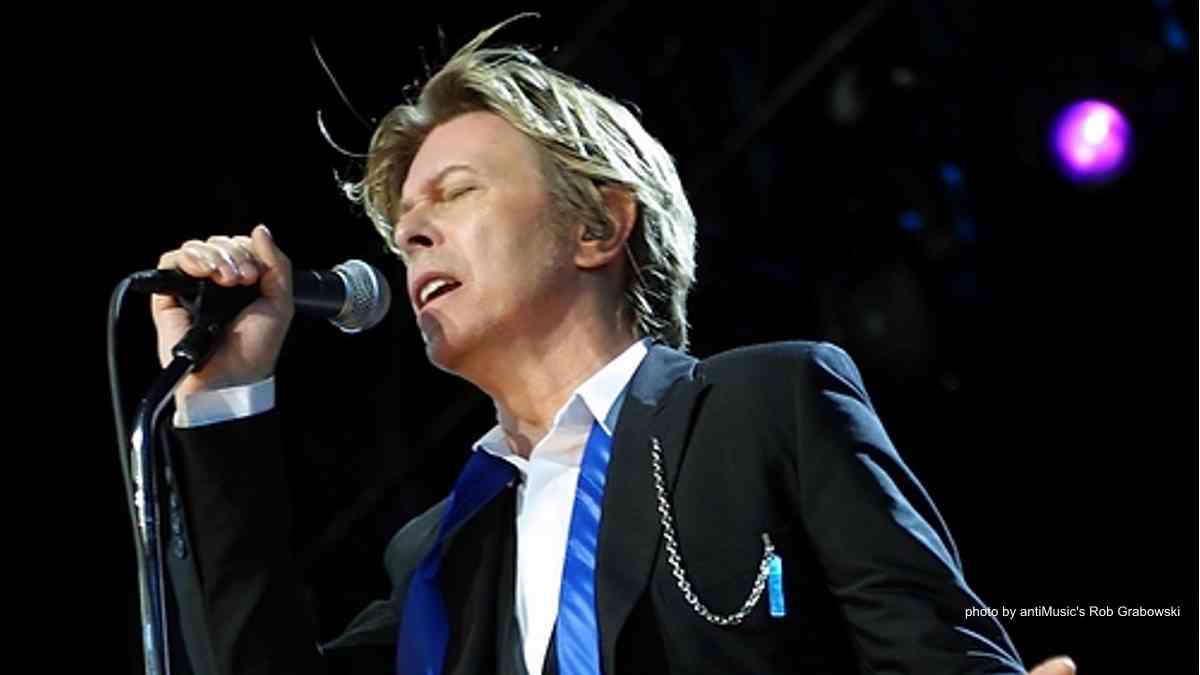 (hennemusic) David Bowie's team are streaming video of a rare live version of his 1973 track, "Drive-In Saturday", as a preview to the August 14 digital release of "Something In The Air (Live Paris 99)."

The iconic rocker was captured in performance at the Elysée Montmartre in Paris on October 14, 1999 during a brief promo tour in support of his 21st studio album, "Hours."

The third in a series of three digital live releases from the 90s - following "LiveAndWell.com." and "Ouvrez Le Chien (Live Dallas 95)" - sees Bowie deliver a 15-song set that mixes material from his new 1999 record alongside rarities and a series of classic tracks during one of only seven full shows in support of the project.

The live recording featured 12 previously-unreleased tunes and three tracks used as B-sides for singles from the "Hours" album.

The day of the show was a momentous one for Bowie, as that afternoon he was awarded the Commandeurs of the Ordre des Arts et des Lettres, the highest artistic honour that France can bestow.

For this special limited run of gigs, Bowie dug deep into his back catalog making these shows particularly memorable: tracks include "Can't Help Thinking About Me", first released in 1966 and not performed live in over 30 years; "'Word On A Wing" from 1976's "Station To Station" was reinstated into the set after an absence of 23 years; "Drive-In Saturday" had not been performed since 1974; and the "Hours" song, "Something In The Air", made its live debut at this show. Watch the video here.