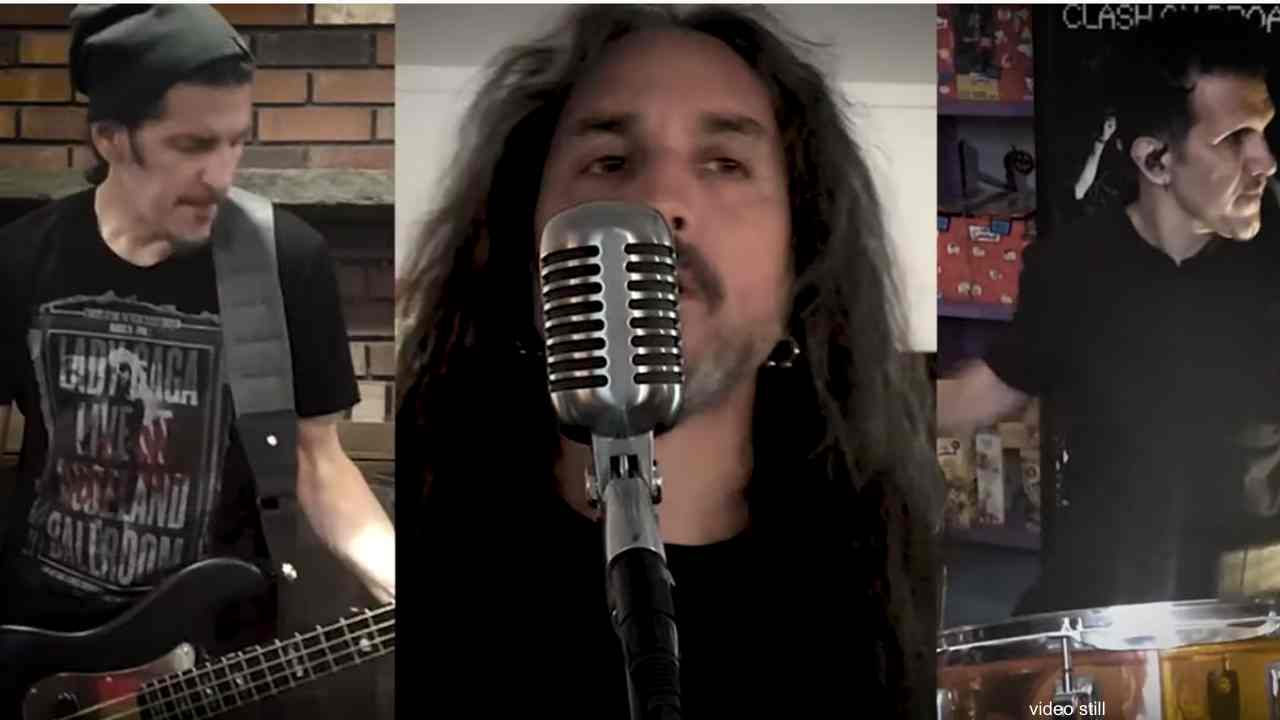 Charlie had this to say, "There was a station in NY called WLIR, one of the first 'alternative' stations and that's where I first heard @U2. The song I always remember hearing first was 11 O'clock tick tock. I remember sitting on my back porch in the Bronx, bringing out speakers and listening to the radio.

"I would Listen to WLIR and try to get a good enough signal for WSOU too. WLIR exposed me to not only @u2 but the @thecure, @depechemode and more.

"The thing about @U2 was how their songs would hit you on an emotional level, both musically and lyrically. Til this day when I hear the opening of 'where the streets have no name', I still get this weird feeling; I don't know if it's happy or sad but it's definitely something!

"When Anthrax signed to Island records in 1985, we would be labelmates with @u2 (exciting). I loved the people at Island! The publicity department had such a great and dedicated crew and I would become friendly with a lot of them.

"We were about to go to Japan for the first time and had a long flight ahead...I was given an advanced copy of 'the Joshua Tree' album and I listened to it over and over. When I got off the plane I knew it like the back of my hand. I still can't believe how many amazing songs are on that Album, it's flawless.

"You would think if I was going to do a U2 song it would be something from Joshua tree or older but NO! One of my favorite songs is 'city of blinding lights', another one of their songs that makes me emotional when I hear it.

"I asked 2 other die hard U2 Fans to be a part because I knew they would 'NAIL' it. My Nephew and I would always play u2 songs during sound checks and backstage. We both had a kinship to their music. I knew he would Play the bass parts great, but I also knew he would sing the 'edge' parts equally great.

"Mark O and I always bonded through Music, u2 being one of the first. I always heard a 'bono' thing in marks voice and I knew he would Bring that Vibe to this.

"We all play a form of music that is very Different than what U2 play, but we have the same passion and dedication to the music we play.

"It may seem odd that we chose this song but it's really not...it's MUSIC! it's the thing that makes you move, the thing that gets you through the day, week, month etc.

"thanks to -Bono, Edge, Larry and Adam for making music that still stands the test of time.

"Hope ya dig this

"Sing it to your Girlfriend, wife or whoever you feel Looks Beautiful!" Watch the video below: