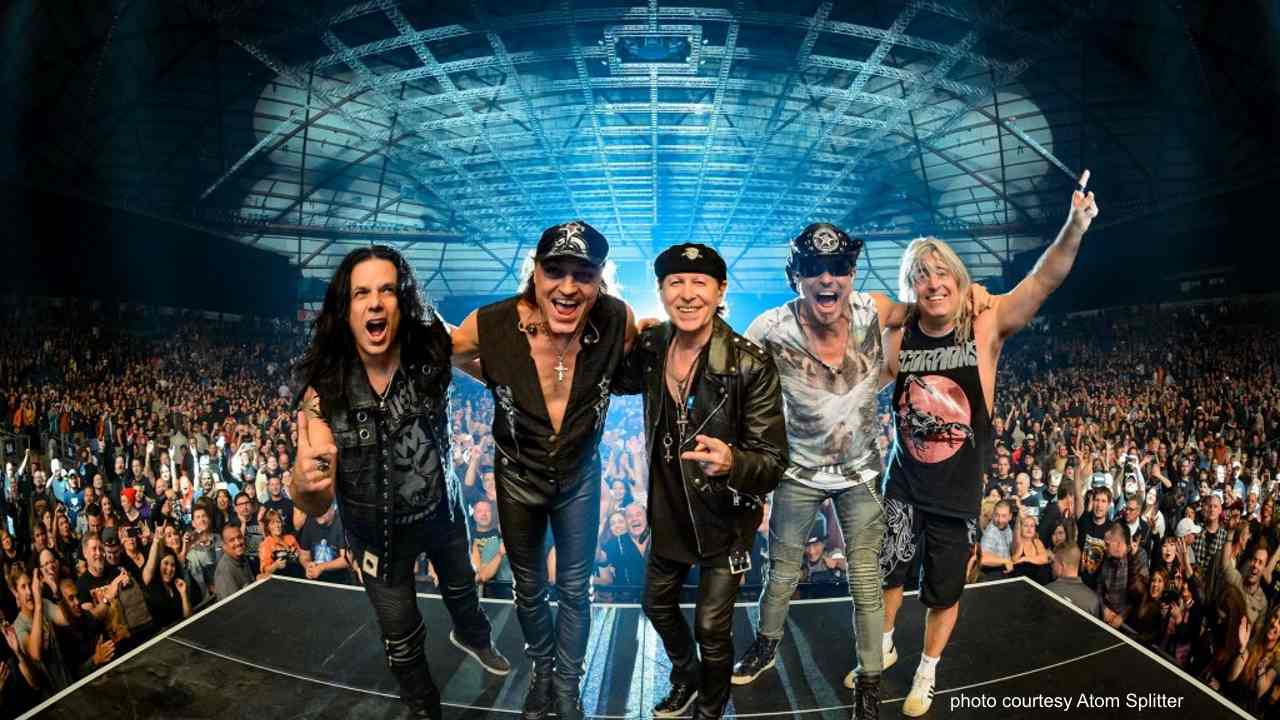 (hennemusic) The Scorpions are sharing an update on the progress of a new studio album. The follow-up to 2015's "Return To Forever" - which began with a series of writing sessions last year - began to take shape in recent months as the group entered a German studio during the early stages of the pandemic.

"We're working very hard on this one," says drummer Mikkey Dee in an August 23rd video. "It's amazing," adds singer Klaus Meine. "It's cool, it feels good, and we're making progress every other day."

Dee also posted a second update on August 26th, while the band were enjoying dinner at a restaurant after a long day's work as they begin a short break from the project.

"So, we will hook up in about a month, again, all of us" explains the drummer, "and then it's down to the dirty deed. But for now, we're done for a couple of weeks." Watch the video updates here.