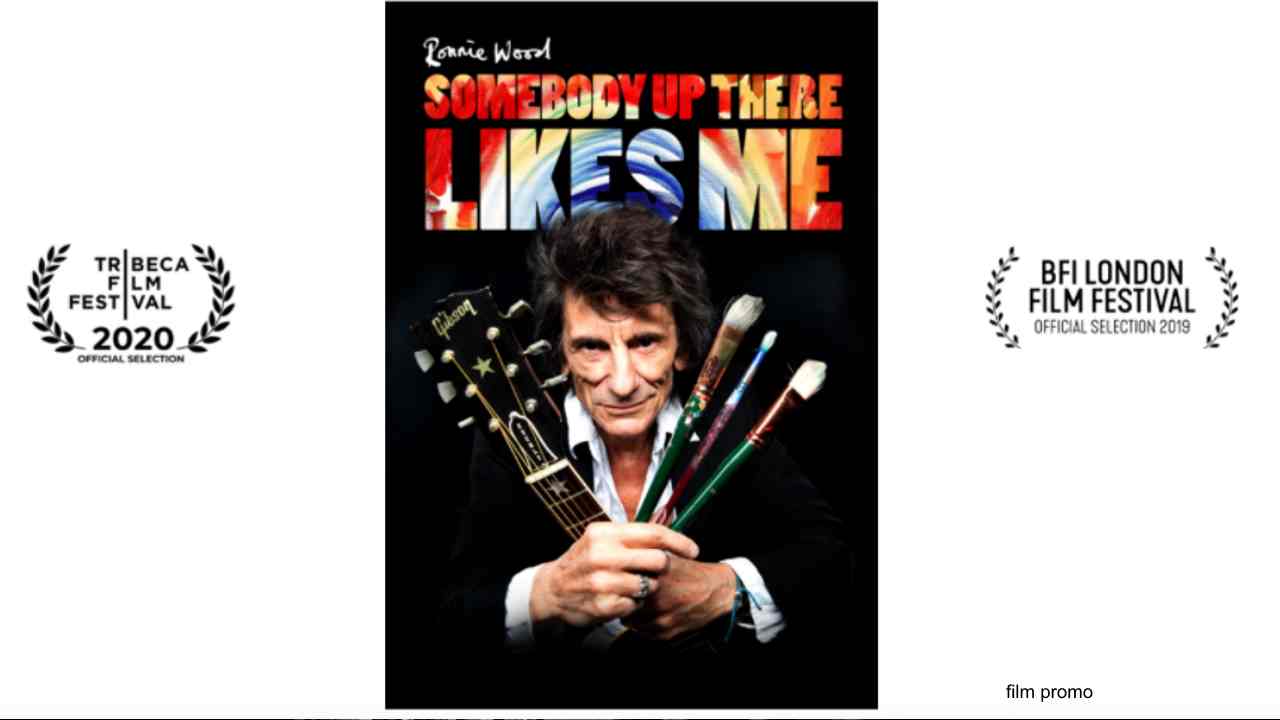 (hennemusic) Rolling Stones fans mark your calendars. The Ronnie Wood documentary, "Somebody Up There Likes Me", will be issued this fall via a pair of virtual and home releases.

Directed by Mike Figgis and billed as "the first in-depth film biography" of the legendary rocker, the project traces Wood's 50-year musical history, from The Birds, The Jeff Beck Group, The Faces (with Rod Stewart), and The New Barbarians, to becoming a permanent member of The Rolling Stones.

The film - which also sees the guitarist speak openly about his battles with drink and drugs - takes its title from a conversation with Wood about surviving his chronic smoking habit.

"When they operated on my cancer, they took away my emphysema," he explains. "They said my lungs were as if I'd never smoked. I thought: 'How's that for a Get Out Of Jail Free card?' Somebody up there likes me, and somebody down here likes me too."

"Somebody Up There Likes Me" will be available in North America as a Virtual Cinema release starting September 18 (via ronniewoodmovie.com), and will be followed by a home release in DVD, Blu-ray, digital and deluxe hardback editions on October 9. Watch the trailer here.