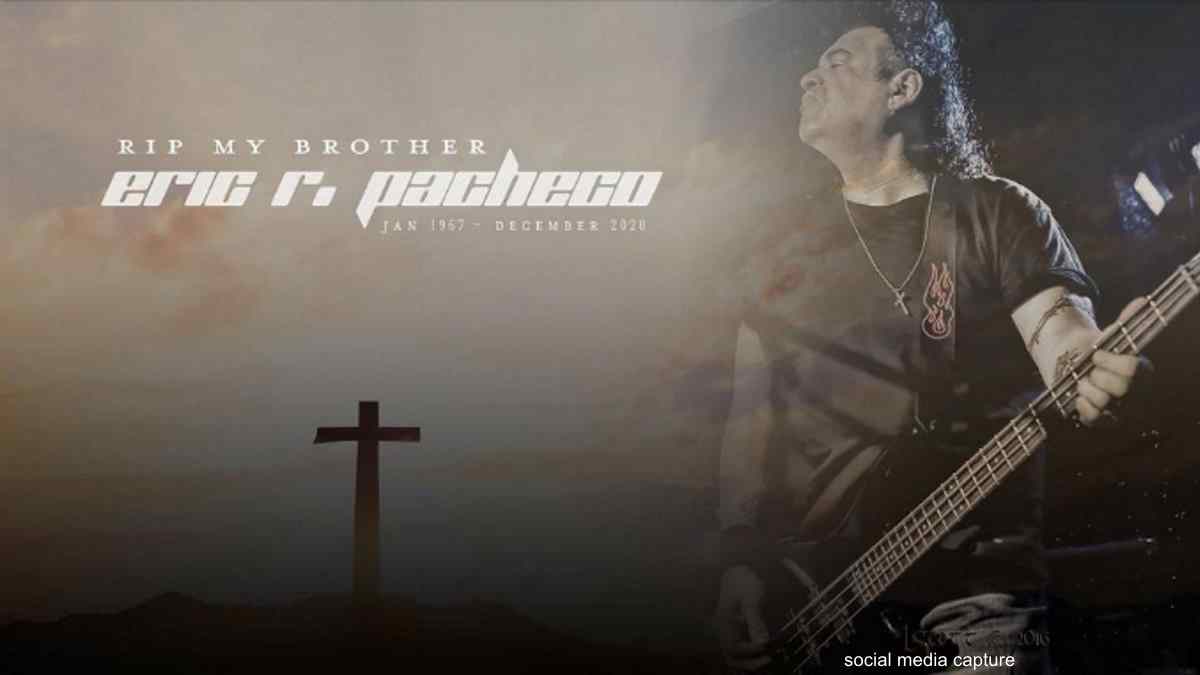 Babylon A.D. bassist Eric Pacheco died this past Sunday, December 6th at the age of 56, according to a social media post by his brother and bandmate Jamey Pacheco.

Jamey broke the sad news to fans via Facebook. He wrote, "On behalf of my family Diana Elola Pacheco Julie Pacheco Renee Pacheco Mowrey I need to announce that my brother Eric Pacheco tragically passed away on the afternoon of Sunday, December 06, 2020.

We are all in shock and heartbroken. We would like to thank all of our friends and family who have sent their condolences and offerings. At this time we can not discuss the cause of his death till after the autopsy so please respect our privacy.

Eric was a wonderful husband, father, son and friend. It was a true honor to have him as my brother for these past 53 years... He was a kind, talented soul, loved and admired by many. Through music our brotherhood thrived.

"We made records, recorded, toured and had the craziest times together. I'll never forget that bond we had as a rhythm section for all the projects in which we were involved. I'll write more about his legacy later, but had to get this out. Please keep Eric's wife and daughter in your thoughts and prayers... Fly up Thunderbird... RIP!"

Jamey's included a link to Quiet Riot's "Thunderbird". Watch the video below: