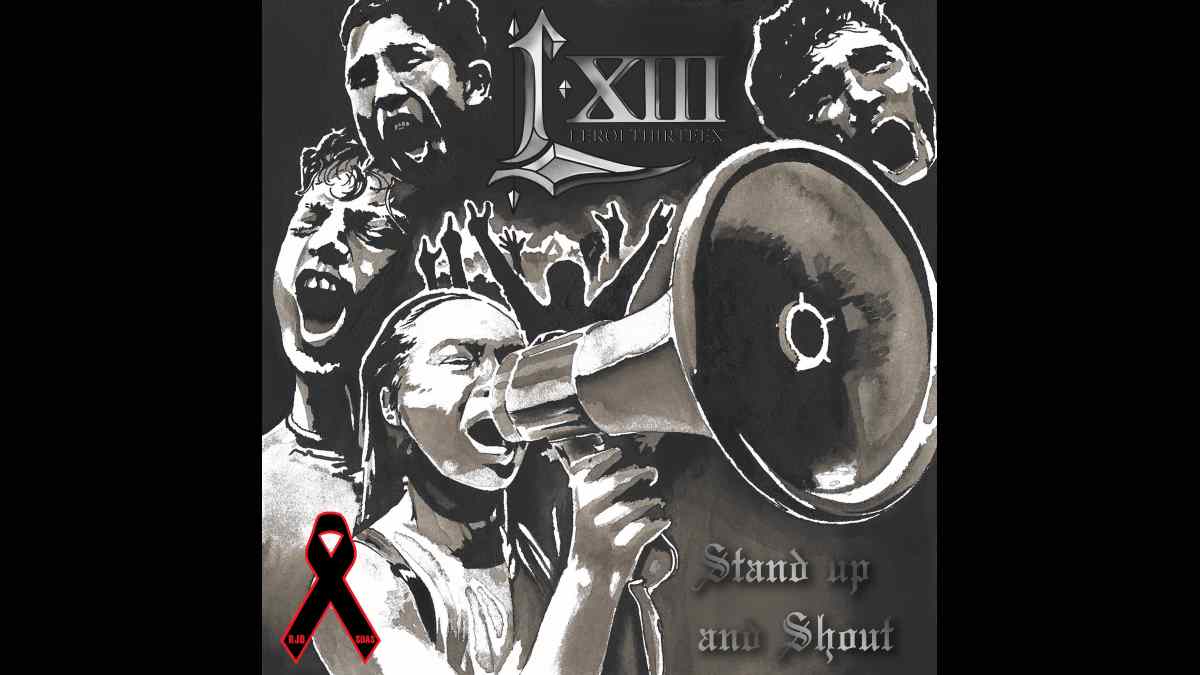 This special cover of the kick off track to Dio's classic debut "Holy Diver", was produced by David Bendeth (Of Mice And Men, Breaking Benjamin, and I Prevail). He had this to say, "Working with this great crew of people, and paying homage to Ronnie James Dio, one of the greatest rock singers that ever lived, was an amazing experience...When you hear it, just stand up and shout! F*** CANCER!"

Ronnie James Dio's widow and former manager Wendy Dio says of the tribute, "I am so pleased with this cover of 'Stand Up and Shout,' and I know Ronnie would be so honored."

Terry LeRoi said, "This was an amazing and unforgettable experience working with these incredibly talented artists and legendary producer David Bendeth! It's truly an honor to pay tribute to Ronnie James Dio and to have this opportunity to support Wendy and the Dio Cancer Fund."

Will Hunt added, "'Stand Up and Shout' is such a timeless and more meaningful than ever classic metal masterpiece. We had a great time making this and knowing that it's to support the Dio Cancer Fund made this whole experience even better"

Aaron Pauley shared, "When David Bendeth gives me a call to work together, I'm onboard. When that opportunity involves working with incredibly talented musicians like Terry, Troy, Will, and Sammy to recreate a metal classic-with all proceeds from the track going to the Dio Cancer Fund-it doesn't get much better than that!"

Troy McLawhorn said, "When I was asked to join these great musicians to record a tribute to Dio with 'Stand Up and Shout,' I was honored and excited. When I found out the proceeds would go to this great cause, I was 100% in."

Sammy Boller concluded, "I've been a fan of Dio for as long as I can remember. To play on this cover with such amazing musicians was a real honor." Check out the cover below: