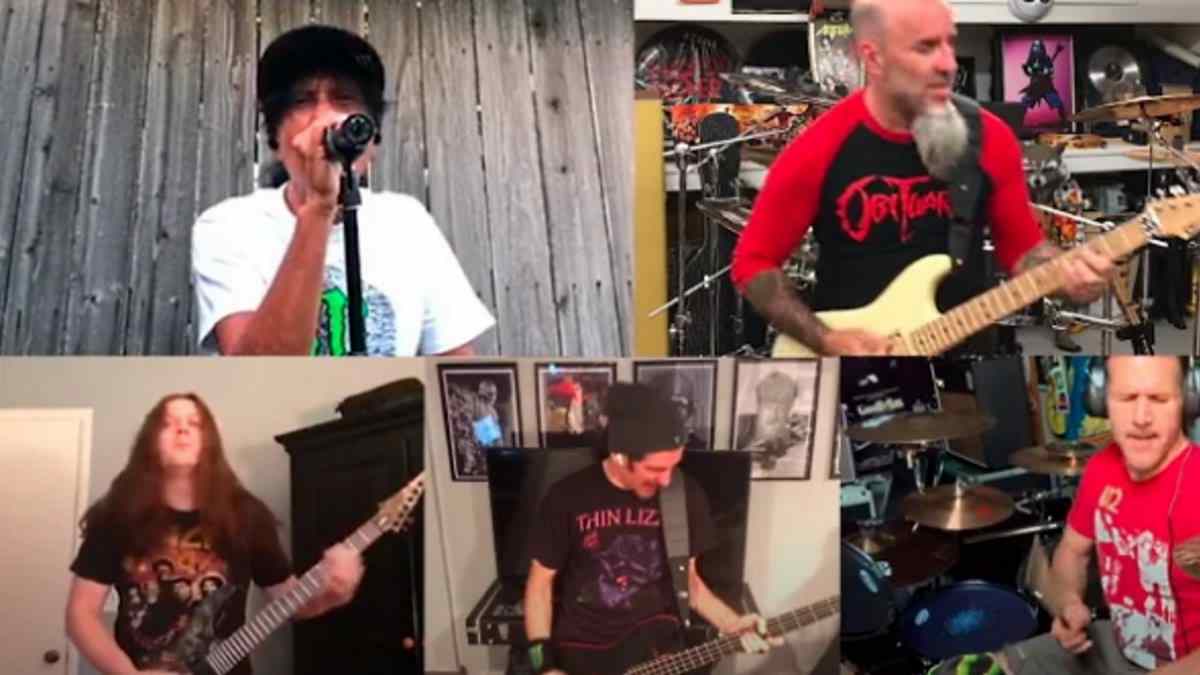 (hennemusic) Anthrax are celebrating the 35th anniversary of their second album, 1985's "Spreading The Disease", with a lockdown performance of the track, "Gung-Ho."

"In honor of Our Spreading the Disease album having a Birthday," says drummer Charlie Benante, "we decided to thrash this one out. Hope ya dig it!"

The follow-up to their 1984 debut, "Fistful Of Metal" marked the band's first record to chart in the US when it reached No. 113 on the Billboard 200 and the first to feature then-recent additions Joey Belladonna on vocals and bassist Frank Bello.

Anthrax are currently writing material for the follow-up to their most recent studio release, 2016's "For All Kings", which reached the US Top 10. Watch the video here.