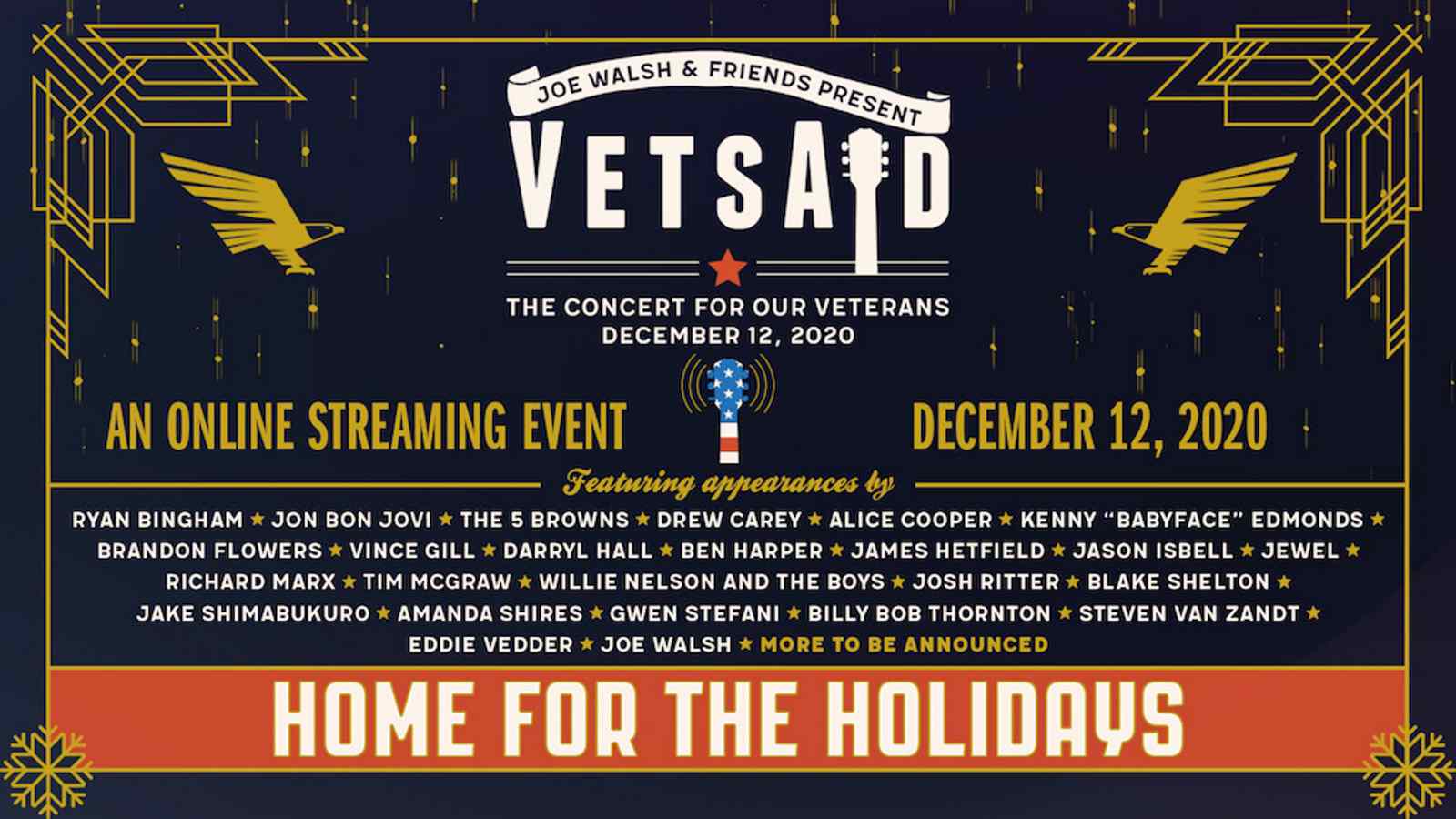 Eagles legend Joe Walsh has announced the initial lineup for this year's VetsAid benefit event, which will be virtual this year and is scheduled to take place on December 12th.

Joe had this to say, "For the past 3 years we've held this glorious traveling circus in cities across the country with a day-long rock and roll festival and jobs fair to support our veterans and their families.

"Typically, we fill up an arena, play for 5 hours, and raise a bunch of money - nearly $1.5 million to date - to help our veterans get the care and support they deserve. But because of COVID this year, we're going virtual as so many things are.

"Our veterans community already suffers from increased poverty rates, mental health issues, re-entry difficulties and personal crises in the best of times. During this pandemic they are especially vulnerable.

"I'm proud of this nationwide tradition we have built and I can't think of a better way to remember and honor the men and women who have served our country this holiday season than by helping us raise funds to support their essential and basic needs.

"Join us online for a worldwide broadcast of unique musical performances of all kinds, never-before-seen VetsAid footage from years past and great stories from me and some of the greatest musicians in the world this December 12th!"