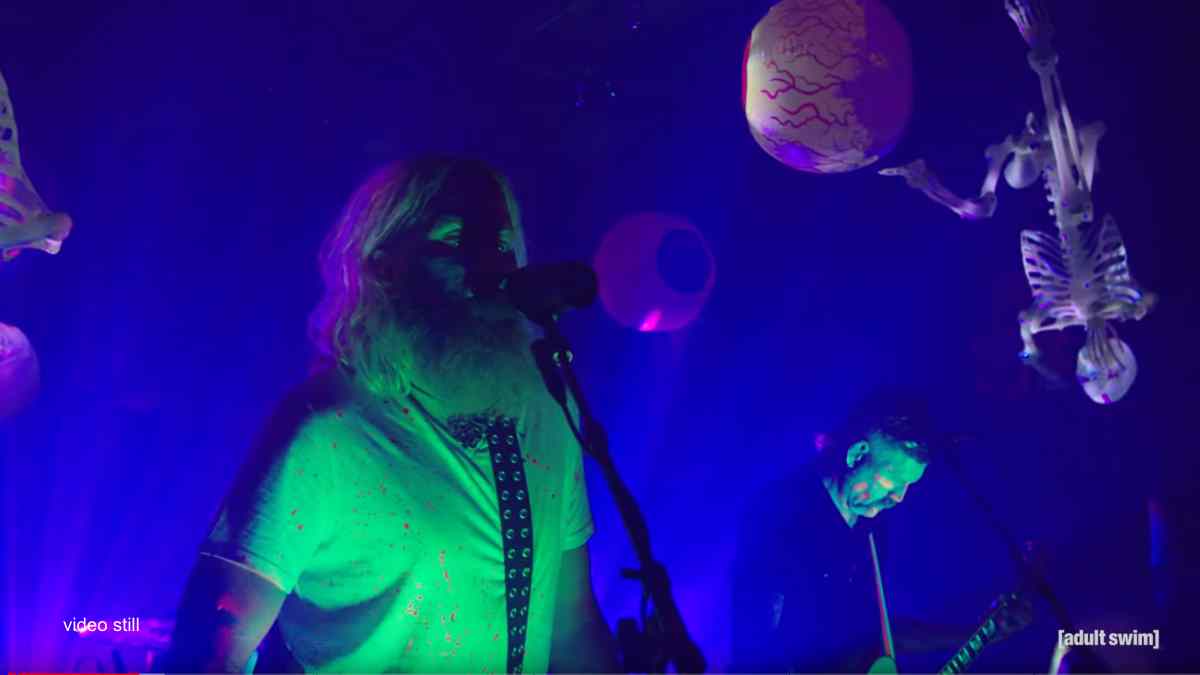 Mastodon's full performance from this past week's Adult Swim Festival is being streamed online via the network's official YouTube channel, along with other videos from the virtual festival.

The band's 25-minute pre-recorded performance features Mastodon playing five tracks including "Asleep In The Deep,", "Thickening", "Steambreather", The Motherload" and "Blood and Thunder".

Adult Swim have uploaded Mastodon's full set from the Adult Swim Festival, the two-day virtual festival taking place this weekend. The pre-recorded performance from Mastodon features five songs, including "Asleep in the Deep" and "Blood and Thunder."

The virtual event was billed as follows "The Adult Swim Festival is a two-day, global event taking you virtually closer than you've ever dreamed and packed with your favorite bands and comedic talents. Experience never-before-seen Adult Swim exclusives without the hassle of leaving your couch!: Watch Mastodon's performance below: