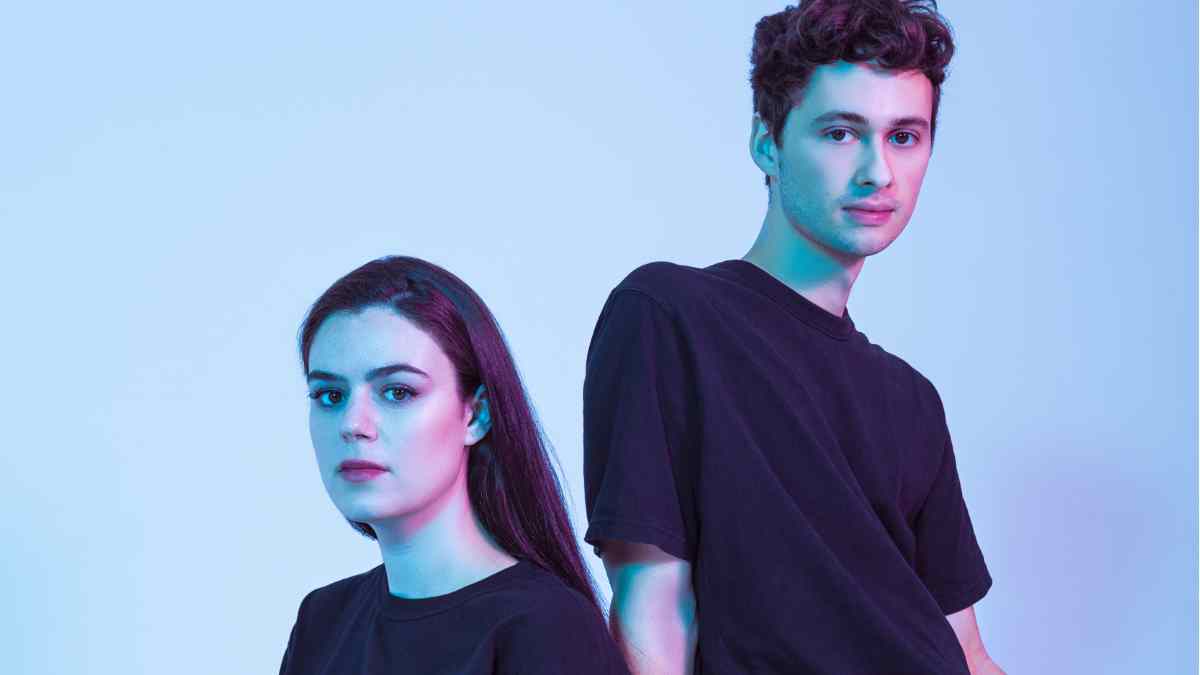 TANDM recently released a new single called "Earthworm (2020 Remastered)", along with a video co-directed by lead vocalist and guitarist Maxine Beck-Sinderby and we asked Maxine to tell us about the track. Here is the story:

For those who don't know us (yet!), TANDM is Thomas Franklin, and myself, Maxine Beck-Sinderby. We will spare you the details on the whole "band story", but what you will need to know is that Thomas and I met in highschool, and have been writing music together ever since (aprox. 4 years)! To give you some insight into our sound, over the years composing, we have drawn inspiration from the likes of ALVVAYS, Of Monsters and Men, and Foals- so yes, very indie! Our latest single may resonate as a bright and upbeat track; however, the sound deeply contrasts with the inspiration for the song. Earthworm is our response to the people who don't believe music-making to be a professional career, or in a musician's ability to succeed. The inspiration for the song came directly from Thomas and my own experiences, having been asked on multiple occasions "okay, I get that you're into music, but what are you really going to do?"

Thomas and I have now performed at festivals (Indie Week Fest. in Canada, Aqua Blå festival in Sweden), on TV (City TV's Breakfast Television Toronto), and have had features on Radio stations across Canada including CBC Radio. Although this is the most we have ever done, we are incredibly proud of what we have accomplished this far. On top of this, the two of us graduated York University in June, with Bachelors of Fine Arts Honours in Music; and yet, that question keeps popping up: "but what will you really do? Have you thought about your future?" This is really what brought out our frustration in Earthworm. It seems that no matter how much progress we make, some will continue to dismiss our passion as an unworthy career path- and so we wrote a fun diss-track!

Our intentions were for the song to appear playful, with a deeper meaning hidden underneath (we tend to do this a lot). The song is confident, fast-paced, and apparently cheerful; however, the meaning inside the song stems from the constant condescending mentality that many have towards the arts. For those of you who love lyrics as much as I do, the hidden meaning of our (actually quite pissed-off) song can be found in the chorus lyrics:

"Not worth your time" = for those who do not bother to put time aside for the arts.

"Not worth your files" = for those who do not make note of the arts, or don't care to remember them.

"Not worth your dime" = for those who do not pay for the arts.

"Not worth your while" = for those that think the arts are "not for them".

To add to this, the title "Earthworm" comes from the idea that those who look down upon the arts, are really the ones with their head stuck in the dirt (blinded, ignorant, stuck/rooted). As we suggest in the verse lyric: "Turns out you might never get your head out the dirt".

"Earthworm (2020 Remastered)" is the first single from our recent EP, Reflections (Remastered), released on October 22, 2020. The original "Earthworm" single, produced by our great friend Ryan McNabb, was released earlier this year. After signing with Popguru Sound & Vision for Worldwide SYNC representation, we chose five of our favourite tracks to be remixed by Howie Beck and remastered by João Carvalho. Something fun that we realized along the way, was that although Thomas is typically on the drums, he both composed and performed every guitar solo within the 5 recordings (what can I say, the boy is talented!).

Thanks for reading- and keep rocking!

Hearing is believing. Now that you know the story behind the song, listen and watch for yourself below and learn more about the "Reflections: Remastered" EP here