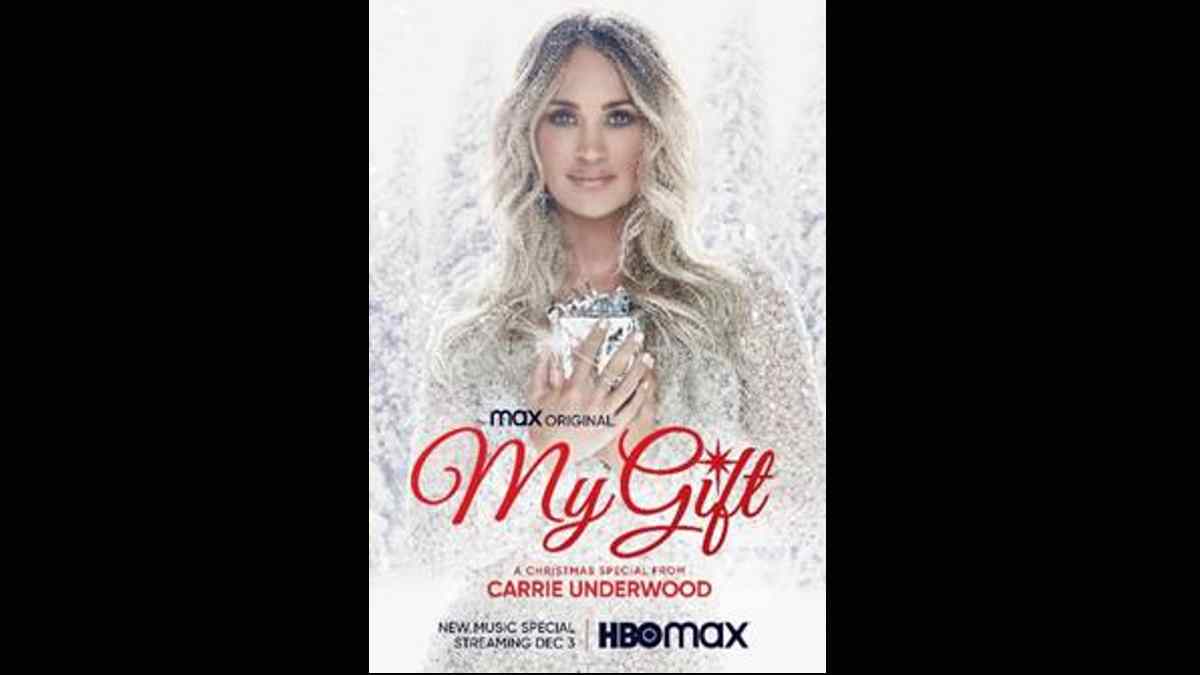 My Gift: A Christmas Special From Carrie Underwood is set to premiere on HBO Max on Thursday, December 3rd and will feature the country pop star performing with her full band, as well as with an orchestra and choir, that will be conducted by her longtime friend, Emmy Award-winning musical director Rickey Minor.

Carrie will take the stage to perform Christmas classics, along with songs from her recently released "My Gift" album and the special also feature a duet of "Hallalujah" with John Legend.

"I'm thrilled to be collaborating with Playtone and HBO Max to bring My Gift to life," said Underwood. "Just like the album, I hope this special will help bring some much-needed joy and become part of the soundtrack to people's holiday festivities this year as it streams throughout the season and beyond."