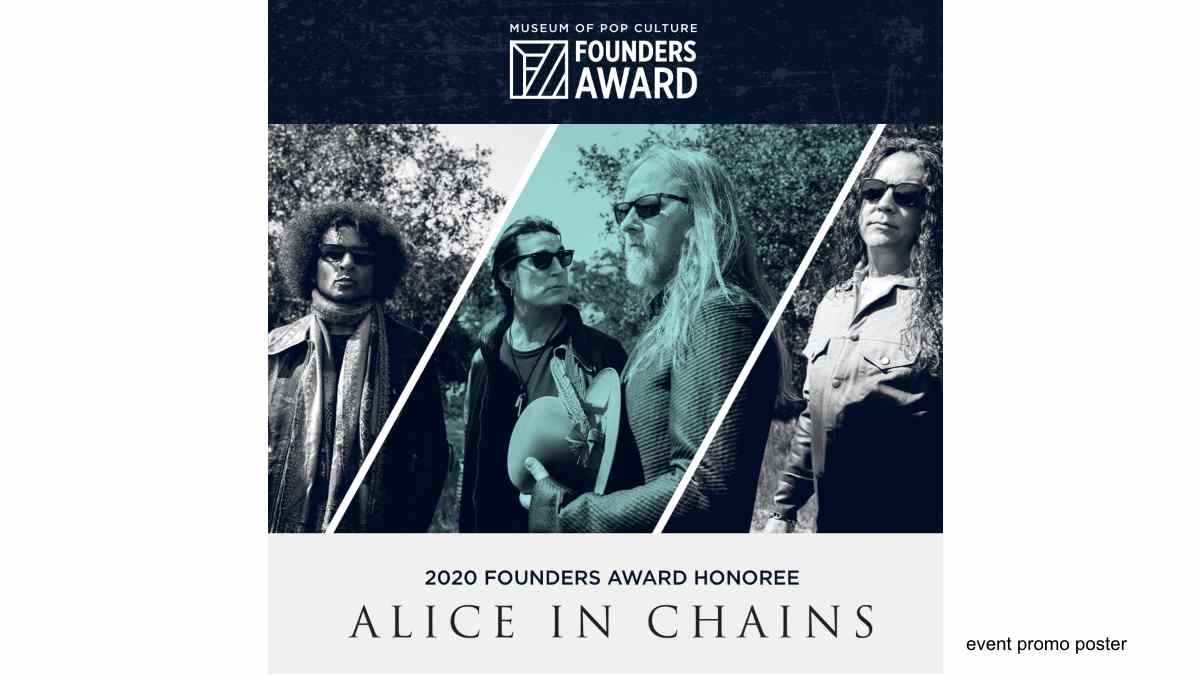 (hennemusic) An all-star lineup of rockers will pay tribute to Alice In Chains when they are honored with a Founders Award by the Museum Of Pop Culture during its annual fundraising gala on December 1.

The Seattle nonprofit institution is recognizing the work of the group, which formed in 1987 and went on to sell more than 30 million records worldwide.

"It feels truly special to receive the MoPOP Founders Award in our hometown of Seattle," says Jerry Cantrell. "It's also humbling to be joined by so many of our friends, peers, and heroes to rock some AIC tunes. I hope people watching enjoy the show as much as we did putting it together. A big hearty thanks to everyone who participated in making this virtual thing happen during these strange times. Music has the power to unite, heal, and inspire. It is all of ours. Let's continue to create and celebrate that which feeds the soul. Rawk on!"

"When we got to make our first record, I thought, 'Great, we will be able to make one record, do our thing and hope for the best,'" drummer Sean Kinney said. "Now, 30 years later, to get this award and still be touring and making music is the most amazing feeling. We are brothers with all of the craziness that goes with it. This is for Layne, Mike, and for all of us now. We can't wait to get back out on the road once this hellish pandemic is behind us."