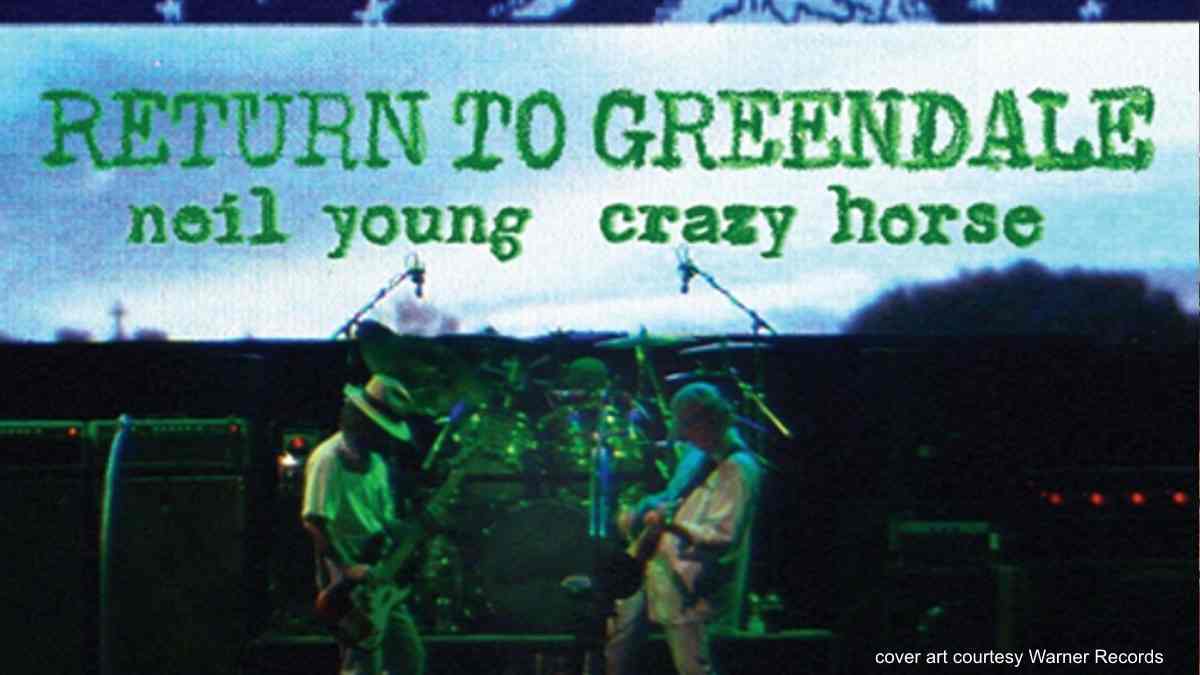 (hennemusic) Neil Young and Crazy Horse will release a live album and concert film, "Return To Greendale", on November 6th. "Return To Greendale" will be available in multiple formats, including 2CD, 2LP, digital and a limited-edition deluxe box set that will include a Bly-ray of the full concert, 2LPs, 2CDs and a DVD of "Inside Greendale", a documentary about the making of the album.

The band were captured on their 2003 tour in support of the album, "Greendale", a project about a fictional town where, according to a press release, "the songs and performance remain topical as ever, powered by themes of environmentalism, corruption, and the destructive effects of capitalism. Featuring Young's trusty partners Crazy Horse, the Toronto recording captures the epic experience of Young's immersive, small-town rock opera.

"The multimedia exploit seamlessly blended Young's powerful lyrics and Crazy Horse's heavy blues thrash with musical theatre, as actors joined the band onstage to play out Greendale's narrative as it unfolded. Like Greendale itself, the show eschews elaborate production in favor of a ragged and rough-hewn feel that does right by its source material." here.