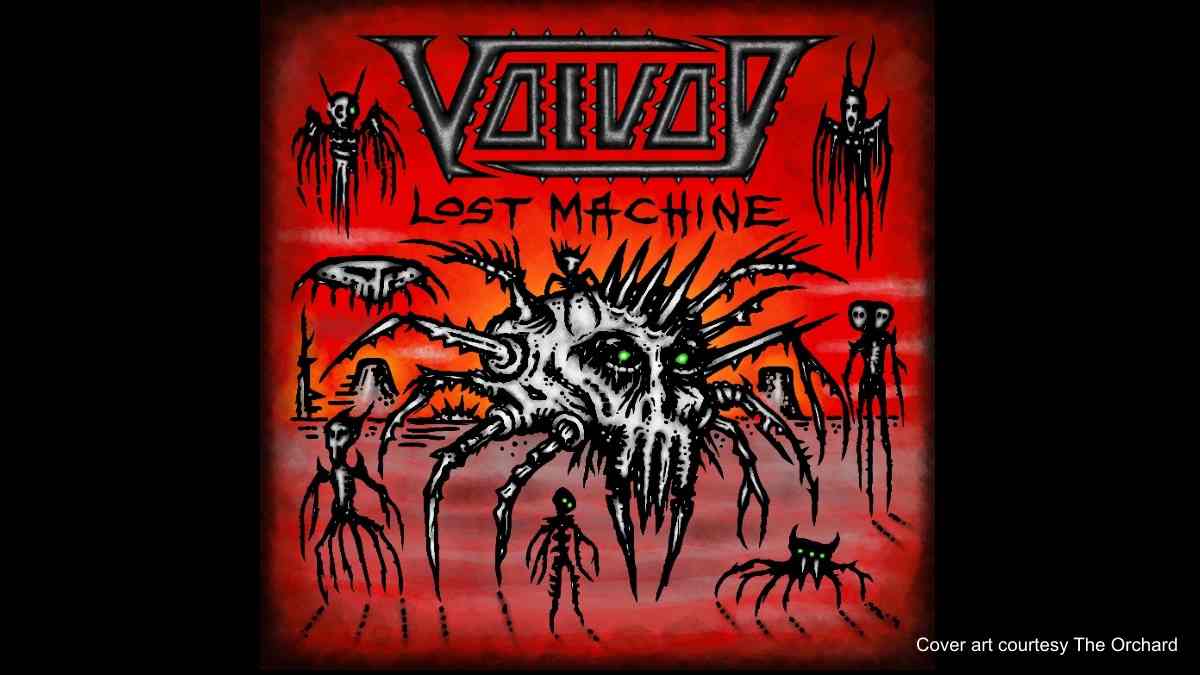 Voivod have released a performance video for "The Lost Machine," which comes from their forthcoming brand new live album, "Lost Machine - Live".

The new album was captured during the Quebec City stop of the group's world tour in support of last studio album "The Wake", and is set to hit stores on November 27th.

Michel "Away" Langevin had this to say, "Here it is at last, the first single and video from our upcoming release 'Lost Machine - Live'. The footage used in this clip comes from a hometown show in Montreal in the summer of 2019, and the audio is from a show in Québec City 2 weeks later, where we recorded the entire live album.

We were obviously excited to play in our province of Quebec, in front of families and friends, as documented in this rendition of the song 'The Lost Machine'.

"The video is directed by Felipe Belalcazar, who is also working on a Voivod documentary. I did the art on the road across the globe last year, and it was animated by Jaan Silmberg. More to come soon, enjoy."

Check out the video and the tracklisting for the album below: