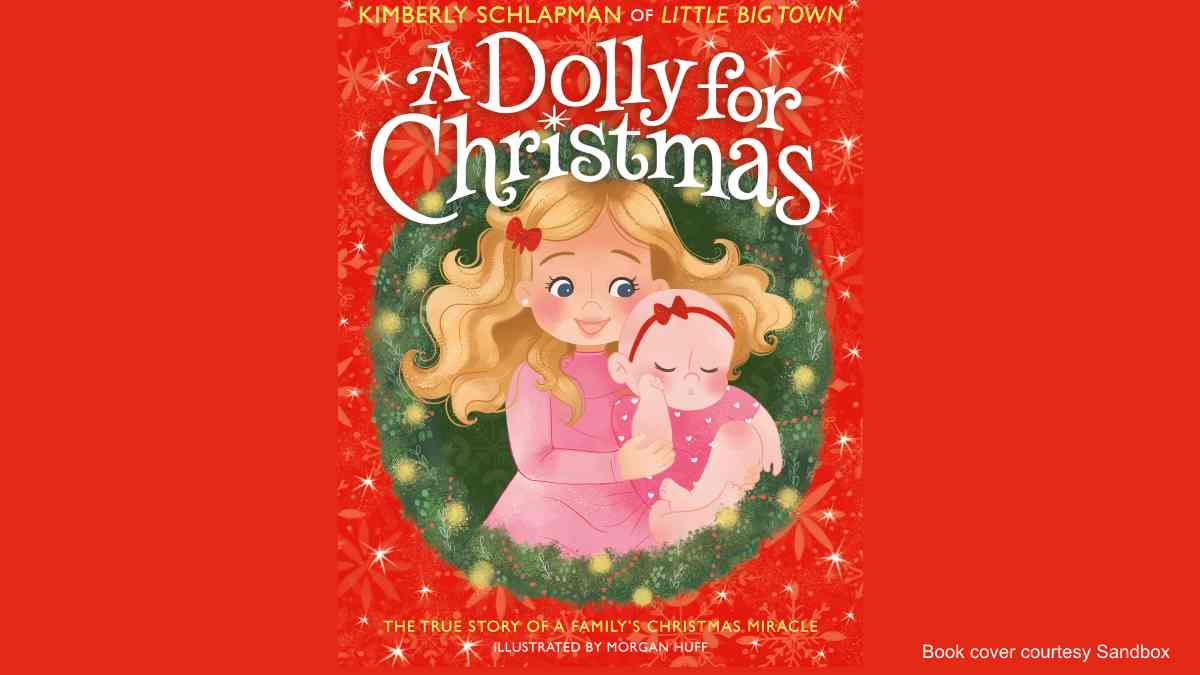 Little Big Town's Kimberly Schlapman has released her new children's book, "A Dolly For Christmas: The True Story of a Family's Christmas Miracle."

The book was published by Brown Books for Young Readers and features the story by Schlapman along with illustrations by Morgan Huff. It was written for children ages 4 to 8.

Were were sent the following details: A Dolly For Christmas celebrates the season's themes of hope, love, and family as it explores a family's adoption process. Inspired by Schlapman's struggle to conceive her second child and how she and her family decided to adopt, the book delves into how Schlapman's first daughter wrote letters to Santa Claus about her desire for a sibling until the family was actually surprised by their new baby girl, Dolly, days before Christmas.

In the story, all Daisy wants for Christmas is a little brother or sister. Her parents have tried everything to make her dream come true, but nothing is working. So Daisy takes matters into her own hands, praying every day and writing a letter to Santa Claus about her one and only wish. Daisy's parents are touched by her strong belief and grateful for her help, but as they explain, sometimes you have to wait. God will give you the perfect gift when the time is right. In this heartwarming holiday tale, Schlapman shares the true story of the Christmas when her family became whole.

Schlapman hopes the story will inspire other families to maintain their faith, especially when facing infertility issues. The book is also a tribute to her daughters' love for each other. She said in an interview with PEOPLE magazine, "I just want people to be hopeful and to know that if they're in the middle of a struggle, they are not alone. We walked those same roads, and they are very, very difficult. But, in the end, there is restoration and there are children who are waiting for them."