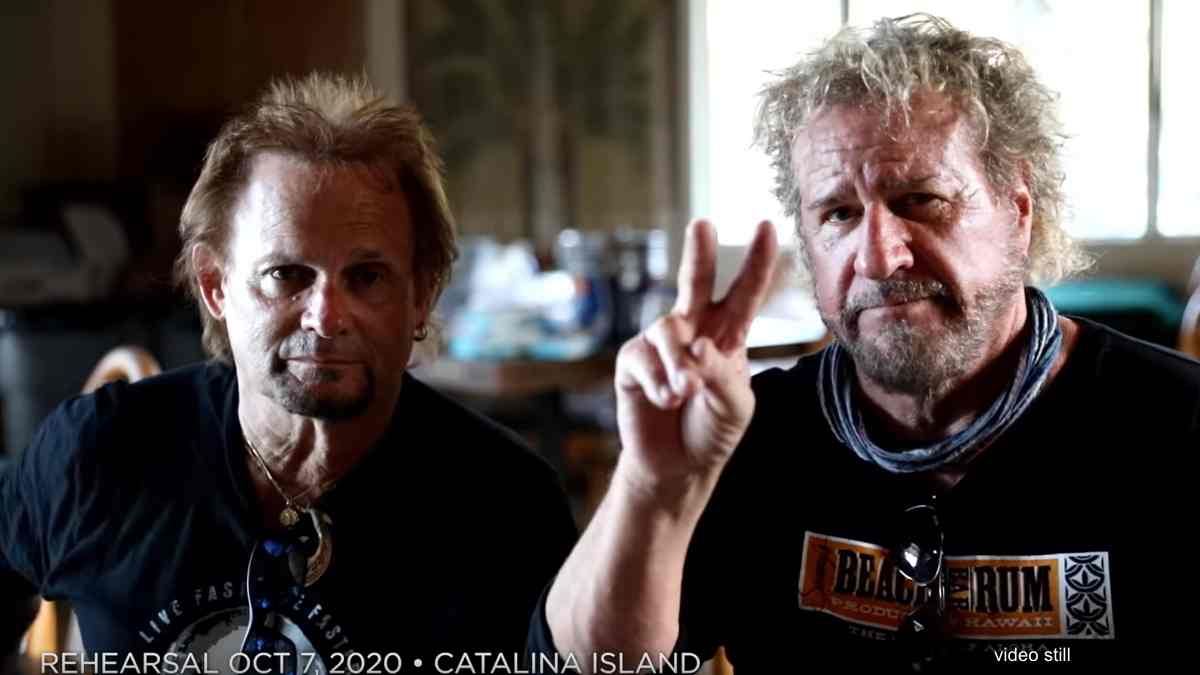 The clip was shot on Wednesday (October 7th) during the rehearsals for Sammy's annual birthday bash which will be taking place this year on Catalina Island off the coast of southern California.

Sammy had this to say about learning of Eddie's death," For Mike and I, it was just like getting hit by a freaking Mack truck. It kind of took the wind out of the sails. I just wanna say that I'm kind of devastated. A Van Halen song never felt so hard to sing and play in my life."

Anthony said, "It was hard. It's very surreal right now. It hasn't sunk in yet." He added, "We have the music, if nothing else." Then Sammy asked for a moment of silence before the band performed the intro to the classic Van Halen hit "Right Now". Watch the video below: