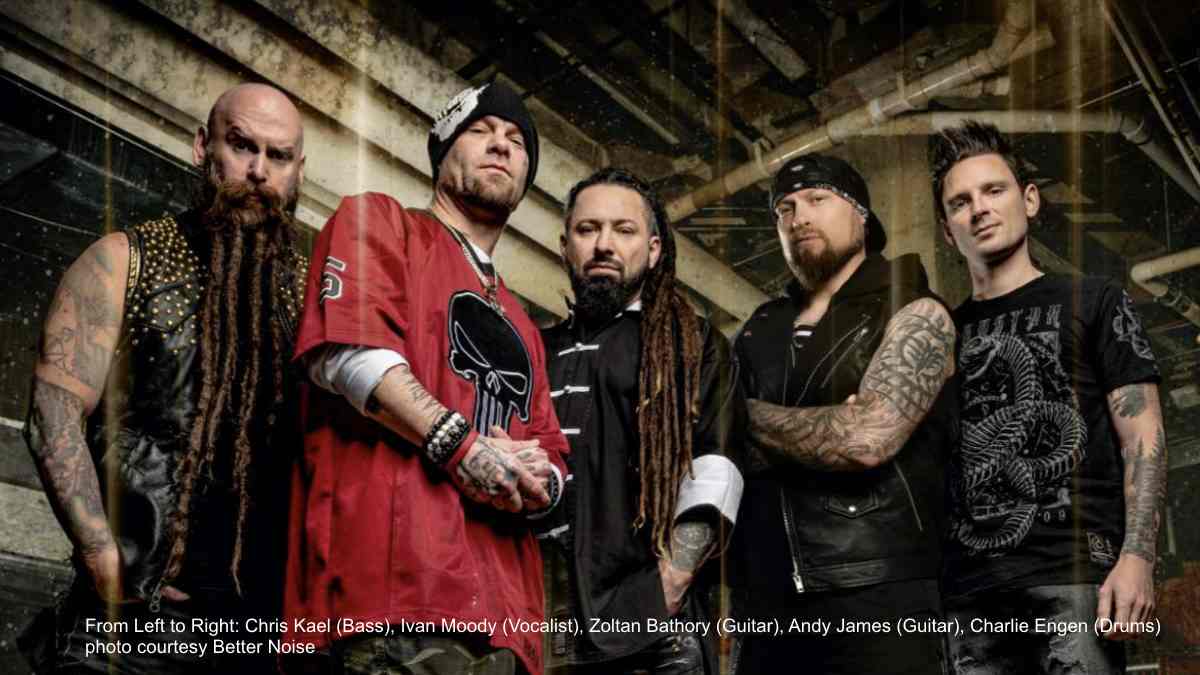 Five Finger Death Punch have confirmed that they have officially parted ways with guitarist Jason Hook and the band has revealed who they have recruited to replace him.

Hook formally left the band back in February after he was forced to leave the band's European arena tour due to complications from the emergency gallbladder surgery that he underwent at the end of 2019.

Jason shared this message with fans about his departure, "I have had the pleasure of meeting so many of you in person. Thank you for the endless stories of how our music has touched your heart in some way! But the best part of being on tour the last 12 years, by far, has been playing my guitar and seeing the joy on your faces every night. I will miss that more than anything.

"As far the reason I'm leaving...well, there really isn't just one. I've been in bands my entire life and I feel like I've done all the good that I can here. It's time to pass the baton and move on to new challenges".

The band have also confirmed that British guitarist Andy James has joined the band in Jason's place. Zoltan Bathory had this to say, "Jason is an incredible guitar player so we had to find someone on the absolute top of their game.

"Someone like Andy James who was already a well-known virtuoso and had the chops to step into Jason's shoes. Andy completed our European Tour with us back in February so he was already tried by fire.

"We instantly clicked both musically and personally so he was the obvious choice. We even have the same birthday... Some things are just meant to be".

Frontman Ivan Moody added, "I just congratulated Jason on his recent wedding, and I hope he finds peace and happiness. As for us, I'm really excited to keep working with Andy and I just can't wait for this Covid madness to be over so we can go back out on the road."