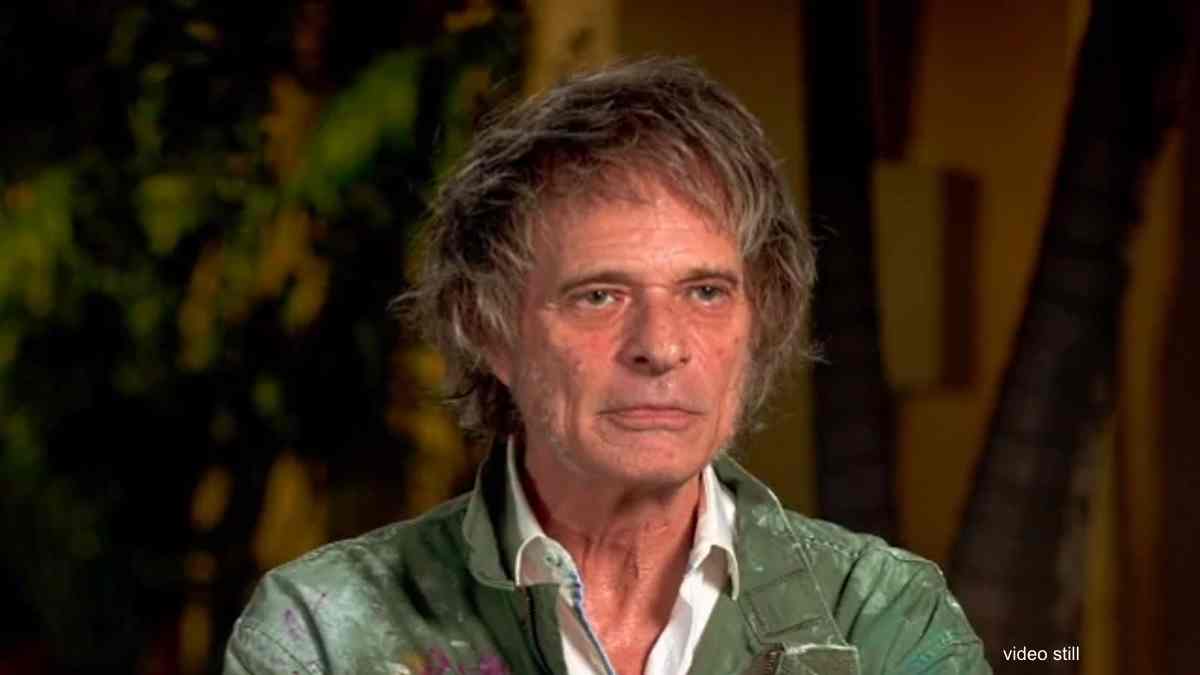 (hennemusic) David Lee Roth was a featured guest on CBS Sunday Morning this past weekend and the video of the Van Halen frontman's appearance has been shared online.

The focus of the session was how Roth is making a name for himself as an artist and social commentator trained in sumi-e, the Japanese art of ink painting, which he's been sharing on social media for some time.

The rocker spent two years in Tokyo trying to master the technique. "Who has the most impact on history? Government? Or the historian?", Roth asked CBS correspondent Tracy Smith. "My visual art is complaining. It's graphic therapy. I say through my graphic art everything that a lotta folks say to the TV set when you don't think anybody's actually listening."

Roth also spoke about his work as a certified emergency medical technician in New York City, which he began in 2004.

"I wasn't someone until I put on that 511 uniform and went on my first calls," he explained. "I'm not gonna kid ya'. I knew I was in for the humbling experience: 'Oh, White boy rock star thinks what, this is an easy gig?'"

He also learned that in a crisis it helps to have a little sense of humor. "That is your only weapon; that is your only life preserver that you can give somebody who thinks they're gonna die," Roth says. "Nobody calls 911 just to wish you Happy Hanukah."

While the interview was recorded earlier this summer, it aired in the weeks that followed the October 6 death of Eddie Van Halen and, as such, the session did not address the guitar icon's health issues or the status of Van Halen in the moment ... but did touch on Roth's return this past year as a solo act and his plans to be less aggressive about touring than in the past.

"I'm on my, what, 45th year, something like that?" he reflected. "It's great to see me, but not every year. Like family!" Watch the segment here.