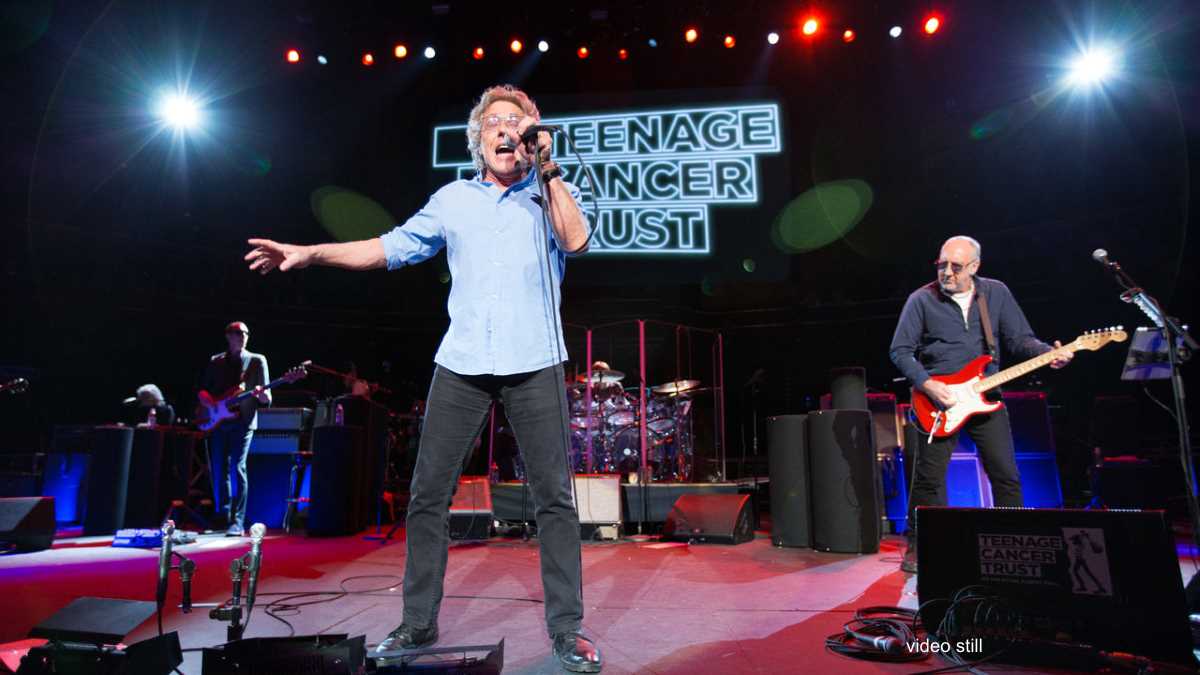 (hennemusic) The Who are premiering previously-unreleased footage of live performances at the Royal Albert Hall through the years in aid of Teenage Cancer Trust.

The Who have been active sponsors of the organization for many years; fans are encouraged to show their support by donating to The Teenage Cancer Trust and Teen Cancer America.

The Who will release an expanded reissue of their 2019 album, "Who", on October 30. The project is set to feature the studio album and extras, included a series of acoustic tracks from the band's only live shows of 2020 when they performed at London's Pryzm nightclub on Valentine's Day to mark the 50th anniversary of The Who's seminal show at Leeds University in 1970, which resulted in the "Live At Leeds" album. Watch the video here.