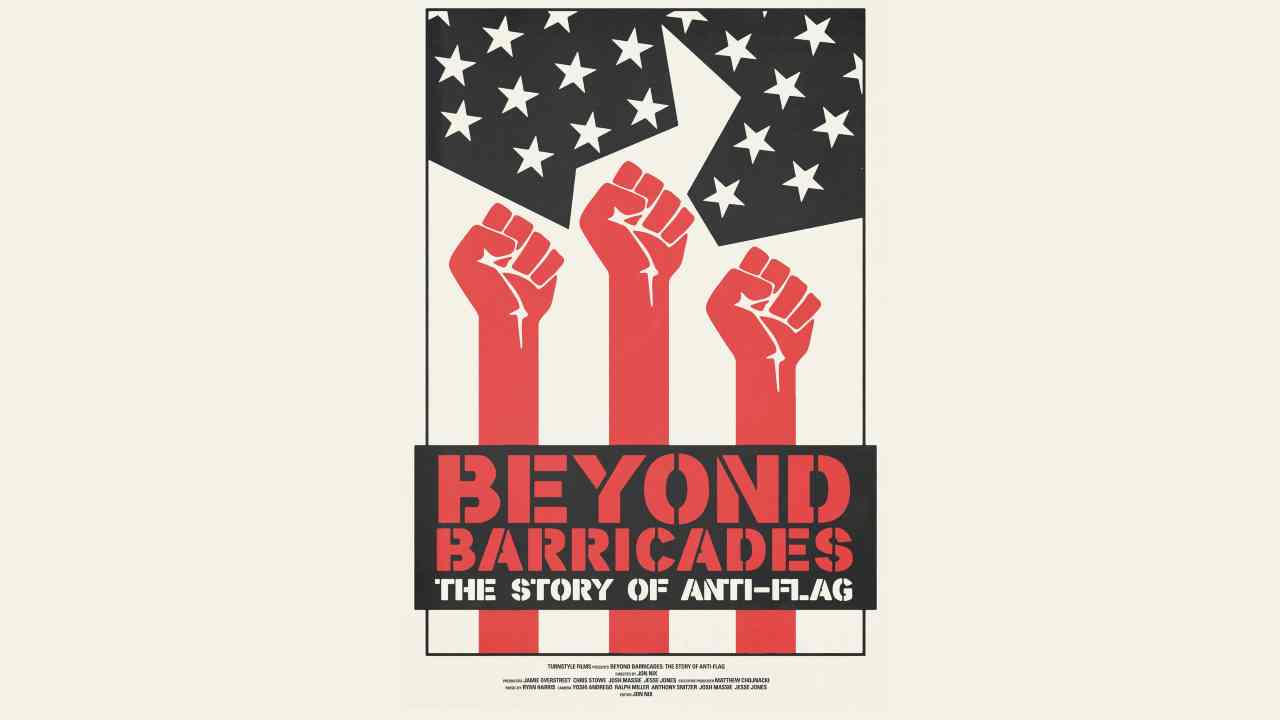 The new documentary film, Beyond Barricades: The Story of Anti-Flag, will be premiering via a Veeps platform livestream event on October 3rd.

Vocalist and guitarist Justin Sane had this to say, "It's hard to sum up the life of a band in an hour and a half. We started Anti-Flag out of a passion for punk rock with the belief that punk music had the power to change people's lives and have a positive impact on the world.

"With this documentary, we hope people will see that while life may not be as straight forward as that idealistic philosophy, it isn't so far from the truth either.

"Regardless of what others take from this film, for us the experience of looking back on the history of Anti-Flag - sometimes good, sometimes bad and sometimes unbelievable - leaves us grateful to have had the opportunity to live a very rare and at times extraordinary life as part of this punk rock band." Fans can purchase tickets for the livestream here.