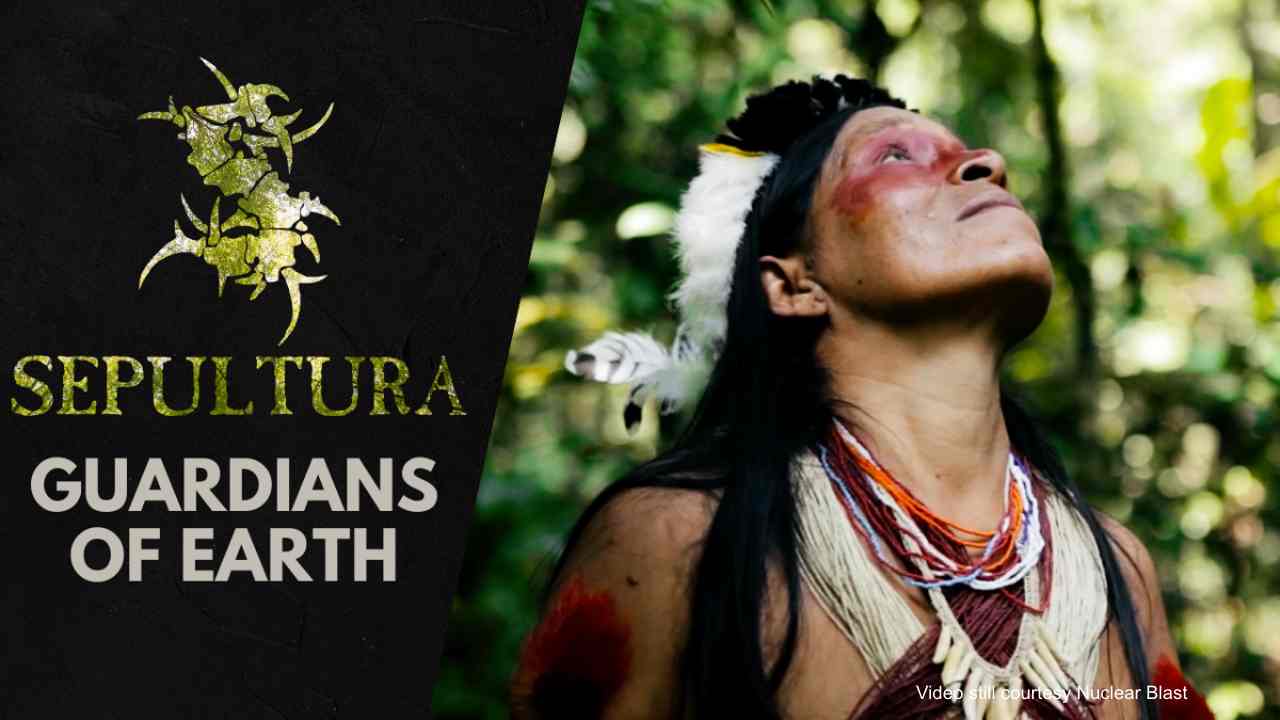 Sepultura have released a music video for their track 'Guardians of Earth' in collaboration with the organization that inspired the lyrics for the song, Amazon Frontlines.

Derrick Green came across the Instagram page of Amazon Frontlines and that inspired the lyrics. He explains, "The images of the fight and struggle of various Indigenous tribes, whose existence is under threat as they defend one of world's most biodiverse ecosystems, were very touching and upsetting.

"Not only are Indigenous peoples being murdered but their rainforest territories are being burned and polluted at an alarming rate. The movement is inspirational and I felt that their voices needed to be heard loudly."

Amazon Frontlines' Executive Director, Mitch Anderson, had this to say, "We appreciate Sepultura not only because they're one of the greatest metal bands of all time, but because they are using their platform to shine a light on deforestation and the struggles of Indigenous peoples.

"By sharing these stories with the world through their music, Sepultura is doing their part to support Indigenous communities, the Guardians of Earth, as they lead the fight to protect the Amazon Rainforest and the planet." Watch the video below: