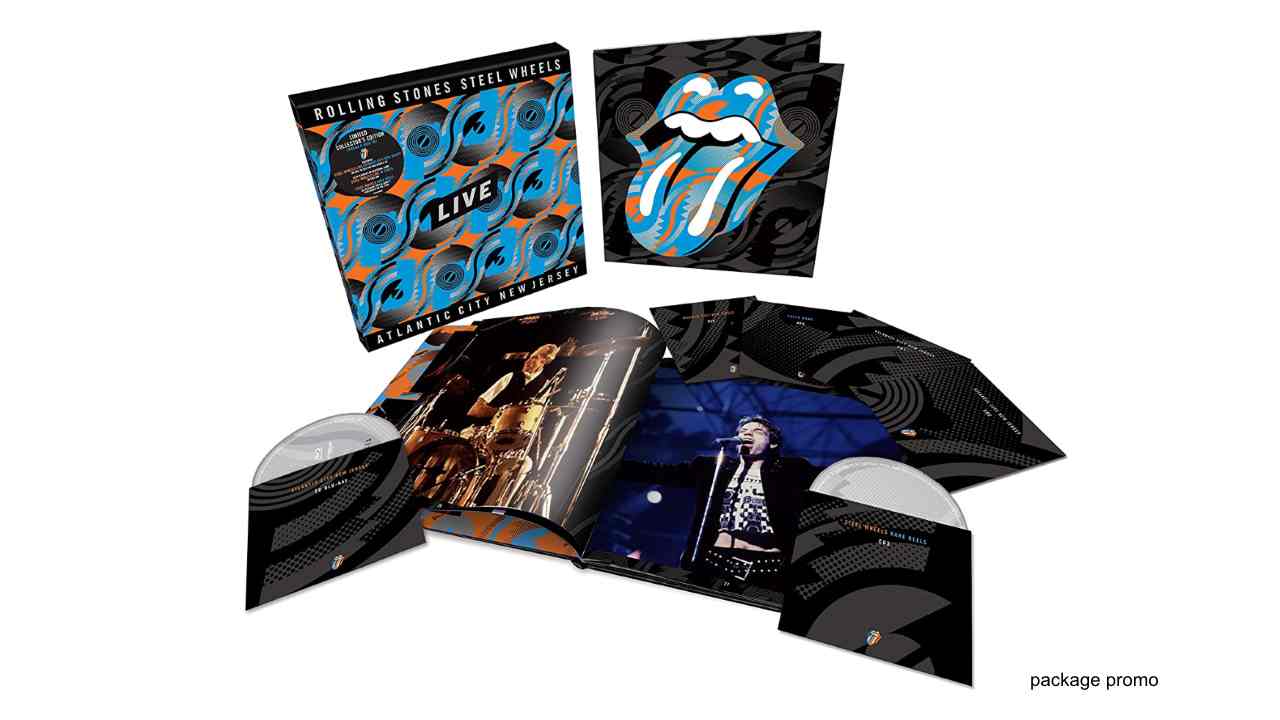 (hennemusic) The Rolling Stones are streaming video of a performance of their 1967 classic, "Ruby Tuesday", as the latest preview to the September 25 release of their 1989 concert film, "Steel Wheels Live - Atlantic City, New Jersey."

The project, which captures the band during a three-night stand at the Atlantic City Convention Center, mixes tracks from the group's studio album of the same name with classics from their extensive catalog during the 2.5 hour show.

The event saw the Stones joined by a number of guests, including Guns N' Roses' Axl Rose and Izzy Stradlin for the first-ever live performance of "Salt Of The Earth", and Eric Clapton on "Little Red Rooster", with the guitarist also sitting in to back up John Lee Hooker on "Boogie Chillen."

The latest release from the band's archives has been restored, remixed and remastered and will be available on multiple formats, including a special limited 6-disc version - which includes the Atlantic City performance on DVD, SD-Blu-ray, 2CD, a DVD of their Steel Wheels tour performance at the famed Tokyo Dome, as well as Steel Wheels Rare Reels, a CD featuring tracks which didn't feature on the core tour setlist - as well as in limited 180gm 4LP coloured vinyl, 4LP black vinyl, DVD, SD Blu-ray, DVD + 2CD, SD Blu-ray + 2CD and digital formats.

In sync with the "Steels Wheels Live" set, the Stones will also issue a double A-sided 10" picture disc of "Rock And A Hard Place" (Live from Atlantic City) and "Almost Hear You Sigh" (Live from Tokyo Dome) for Record Store Day's second drop date of the year, on September 26; this format will be exclusive to independent record stores all over the world. Watch the video here.