Deftones Ask Fans To Adopt A Dot For Charity 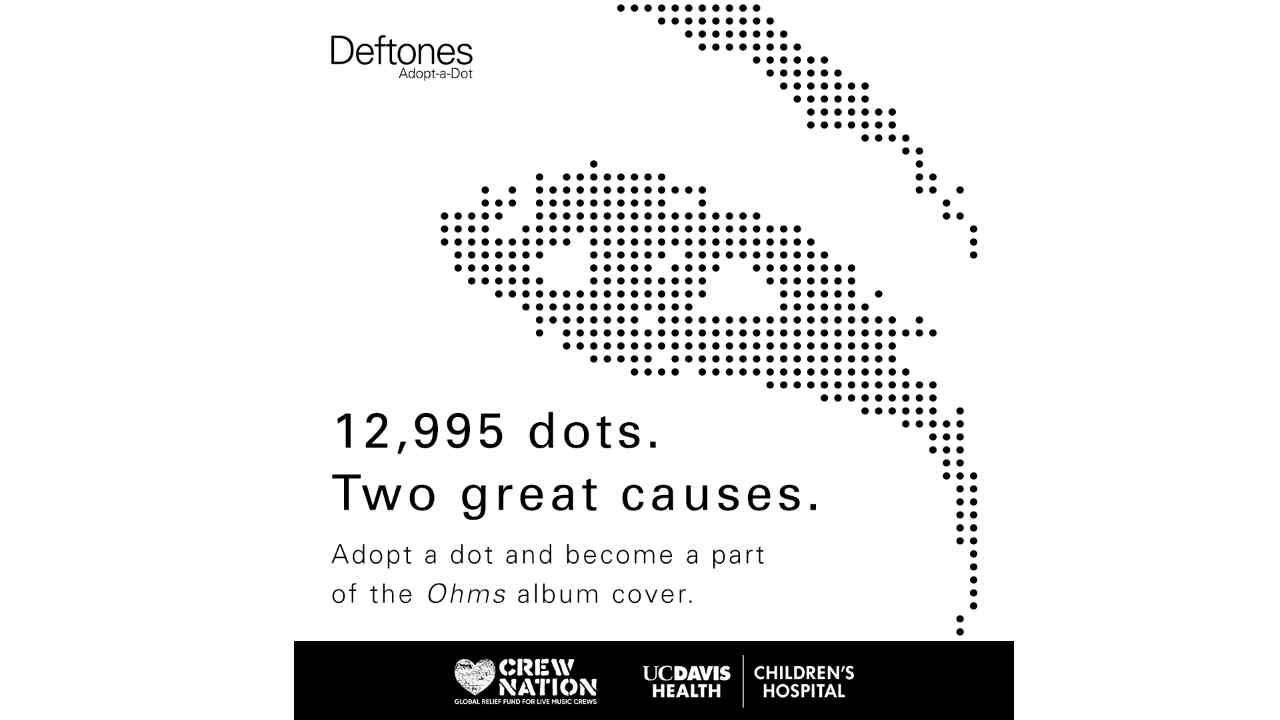 Deftones are asking fans to benefit two charities by adopting the dots on their forthcoming studio album "Ohms", which is set to be released on September 25th.

The album cover was created by Frank Maddocks and fans have been invited to take part in the 'Adopt-a-Dot' campaign where they can adopt one (or more) of the 12,995 dots and upload their photo to be part of the album cover.

The proceeds from the program will benefit the UC Davis Children's Hospital and Live Nation's 'Crew Nation,' a charity that helps live music crew members with the hardships they face due to the Covid-19 pandemic lockdown.

Maddocks had this to say about the album cover, "Ohms album art is an iconic rendering of a suspended, chance moment in time. As with Deftones music and lyrics, the definitive meaning of the imagery invites and relies on interpretation from the viewer.

"From a dreamy gaze above, to sadness, hope, despair, optimism and a longing for connection, the emotions conveyed are endless and infinitely evolving." Fans can adopt a dot here.

Deftones Raise Over $100K With Adopt-A-Dot

Deftones Ask Fans To Adopt A Dot For Charity