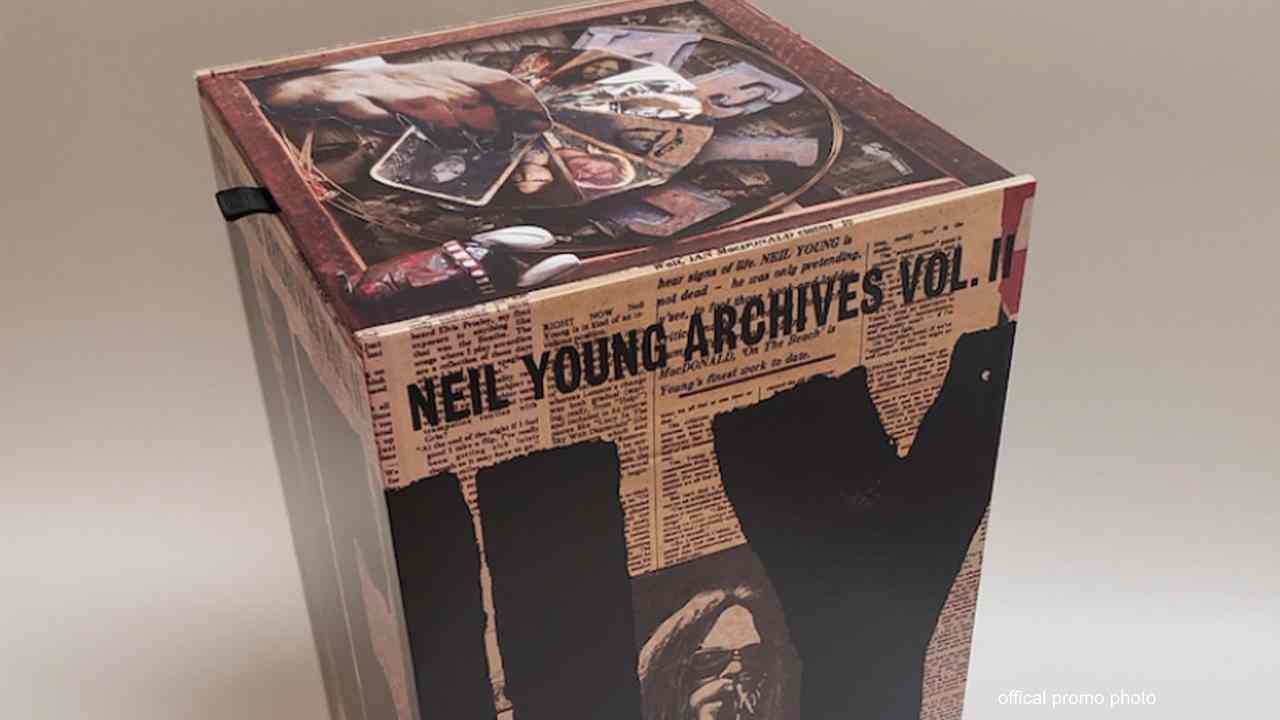 (hennemusic) Neil Young has shared the track list for Volume 2 of his ongoing Archives box set collection. Due November 20, the limited edition 10-disc package - available exclusively via the Neil Young Archives site - is arranged chronologically from 1972 to 1976 and picks up where 2009's "Vol. 1 1963-1972" left off.

The set mixes a number of previously-unreleased songs alongside new unreleased versions of material, including the recently-issued trio of "Homegrown" and the live packages "Tuscaloosa" and "Roxy: Tonight's The Night Live", a re-arranged "Tonight's The Night' record with two new tracks, and a live album with Crazy Horse in London and Tokyo, among other things.

Volume 2 arrives during a busy fall release season for Young, who will issue a pair of live projects with Crazy Horse - including a 2003 concert recording, "Return To Greendale", on November 6, and a 1990 club show, "Way Down In The Rust Bucket", on December 6.

The rocker has also teased plans to launch an official bootleg series with his debut performance at New York's Carnegie Hall in 1970 just three months after he issued his third album, "After The Gold Rush", and a live concert film entitled "The Timeless Orpheum", with release dates for both to be announced. See the traclisting here.