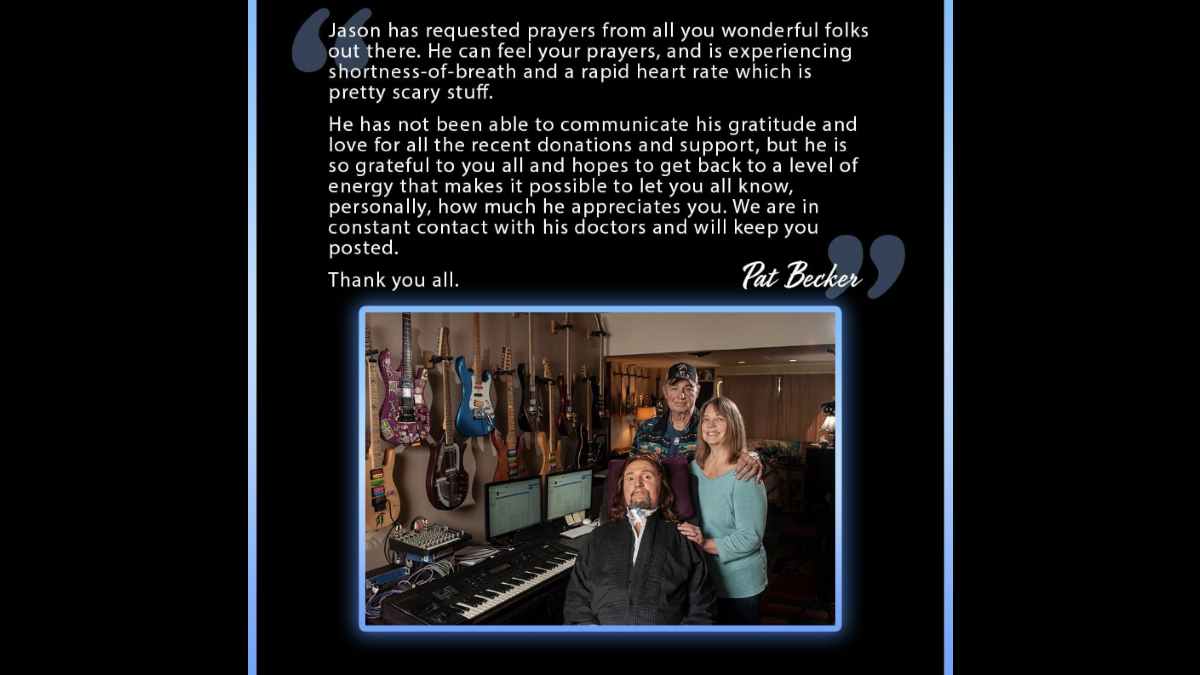 The mother of former Cacophony and David Lee Roth band guitarist Jason Becker has shared an update on his health condition as his all-star friends continue to help raise money to support him in his battle against Lou Gehrig's disease (Amyotrophic Lateral Sclerosis a.k.a. ALS)

Pat Becker shared the following update via social media, "Jason has requested prayers from all you wonderful folks out there. He can feel your prayers, and is experiencing shortness-of-breath and a rapid heart rate which is pretty scary stuff.

"He has not been able to communicate his gratitude and love for all the recent donations and support, but he is so grateful to you all and hopes to get back to a level of energy that makes it possible to let you all know, personally, how much he appreciates you. We are in constant contact with his doctors and will keep you posted. Thank you all."

Li had this to say, "I've been a huge fan of Jason Becker since I was young and it's one of the biggest honors of my life to be able to help organize this tribute and raise money for him. I still have a Jason Becker poster in my studio in London. It's been very inspiring to see everyone coming together to celebrate Jason." Find more details here.