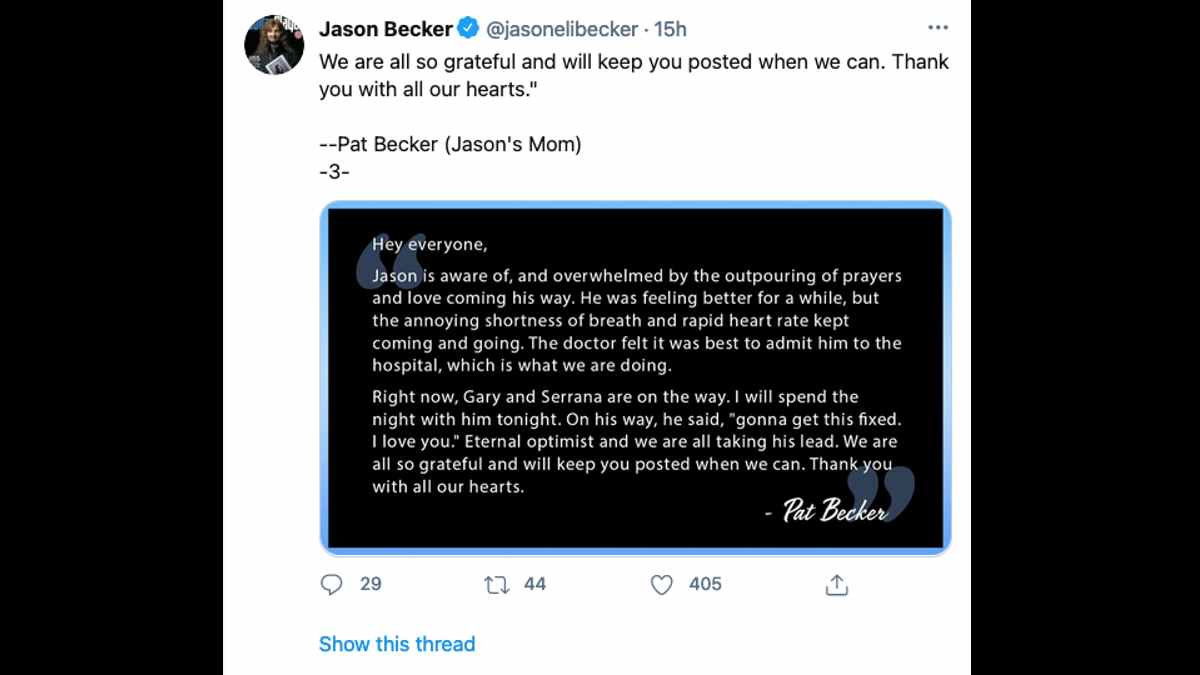 Former David Lee Roth solo band guitarist Jason Becker has been hospitalized under the advice of his doctor after he had experienced recurring shortness of breath and a rapid heart rate.

The gifted guitarist's career, which included working with Roth and the band Cacophony with former Megadeth guitarist Marty Friedman, was cut short by a long battle with Lou Gehrig's disease (Amyotrophic Lateral Sclerosis a.k.a. ALS).

Last week his mother Pat Becker took to social media and said "Jason has requested prayers from all you wonderful folks out there. He can feel your prayers, and is experiencing shortness-of-breath and a rapid heart rate which is pretty scary stuff."

On Wednesday (April 7th), she shared an update with fans that Jason had been admitted to the hospital. In a series tweets she wrote, "Hey everyone, Jason is aware of, and overwhelmed by the outpouring of prayers and love coming his way.

"He was feeling better for a while, but the annoying shortness of breath and rapid heart rate kept coming and going. The doctor felt it was best to admit him to the hospital, which is what we are doing.

"Right now, Gary and Serrana are on the way. I will spend the night with him tonight. On his way, he said, 'gonna get this fixed. I love you.' Eternal optimist and we are all taking his lead.

"We are all so grateful and will keep you posted when we can. Thank you with all our hearts."